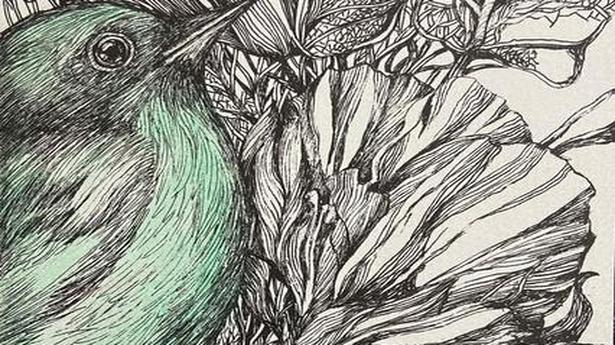 Noida-based artist Ritu Kamath pays an ode to mother Nature with a solo art exhibition. Titled ‘The Still of Life and Nature’s Voice’, the show consists of 30 mixed media works of ink and acrylics on paper and canvas. After showcasing at Hyderabad’s Kalakriti Art Gallery, the show goes virtual at virtual.kalakriti.in/ 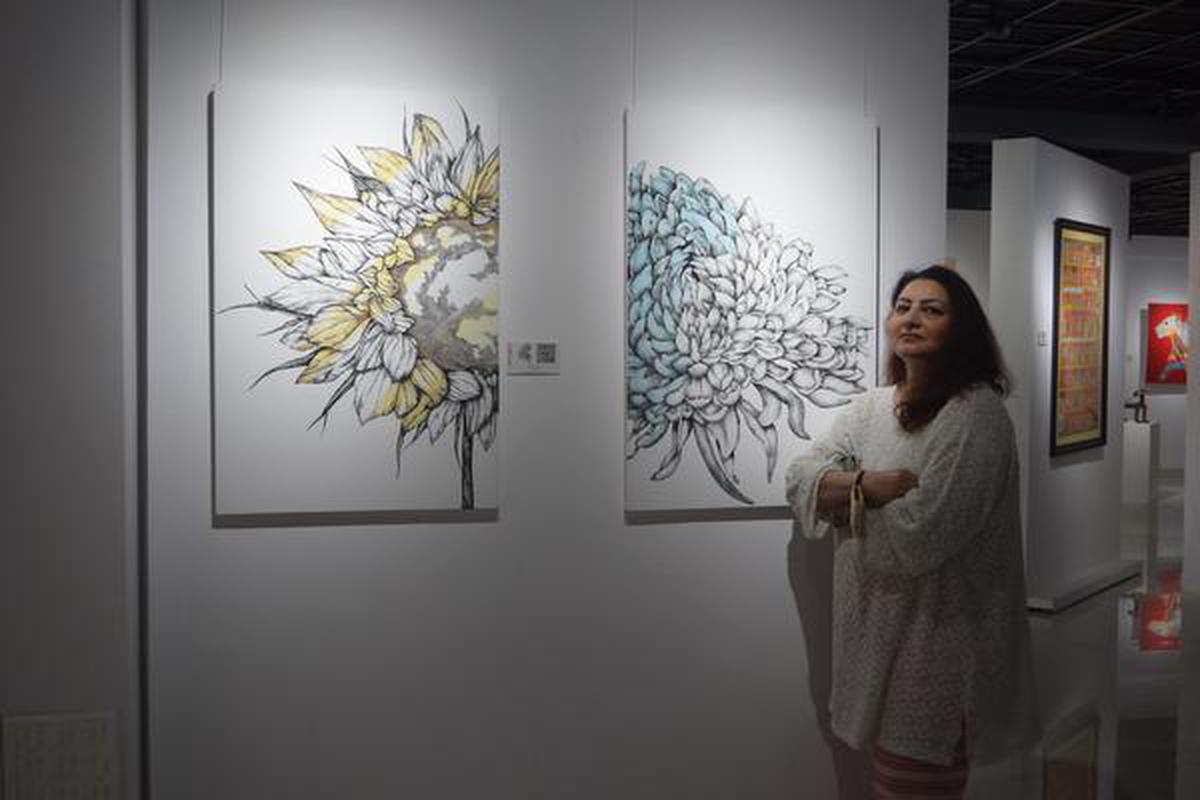 The works are precise, intricate, reflecting an experienced hand and each canvas depicts a wide variety of plants and seasonal changes that take art lovers through the wonders of Nature. A fine arts teacher at Gyanshree School in Noida, Ritu explains stippling or pointillism as a process of creating clusters of dots in a pattern. “One can bring out a little depth, many highlights and fine detailing by building up the dots,” explains the artist who did a series of similar works in 2003 that are about 45 works which are still in an envelope. “But those works are still in an envelope,” she adds.

The intricate work, painstakingly drawn with microscopic detailing, reflects her patience and concentration. She finishes one work in seven to 15 days or even 30 days depending on the size of the work. “It is tedious but gratifying,” she adds. This series of ink drawings began in April 2020 when she heard a koel’s call in her studio while working one afternoon. She opened the windows to see a flock of birds chirping instead of the usual mad rush of people driving by. There was a sense of calm as if mother Nature was rejuvenating from decades of harm inflicted by us humans, she says. “I felt lockdown worked in a positive way towards saving the environment to a certain extent and making Delhi again a place where one could see plants growing, a clear blue sky and hear birds chirping,” The series called the Forgiving Mother shows Nature healing itself. Bountiful wonders of nature beckon art lovers in the Bountiful Mother series.

Ritu admits that Nature being a common subject among artists, it runs the risk of getting generalised. “It is annoying because people judge you. As a former lecturer at the interior design department of Amity University, she was part of students ‘ group projects that dealt with the environment, waste processing and recycling. Although unrelated to art, it was at the back of her mind on how how Nature is being taken for granted. “It was like Mother Nature was reclaiming her lost territory,” she says. A postgraduate in fine arts, Ritu has been teaching for the past seven years. With 10 solo shows, she has participated in more than 80 group shows in India and abroad including India Art Fair – 2020. She talks passionately about the positive impact of art on students, especially during the pandemic. Calling it a subject that holds all subjects together, she says, “They are more relaxed in the class and find it therapeutic.”

Ritu hopes to add a human element in future in her works on Nature.