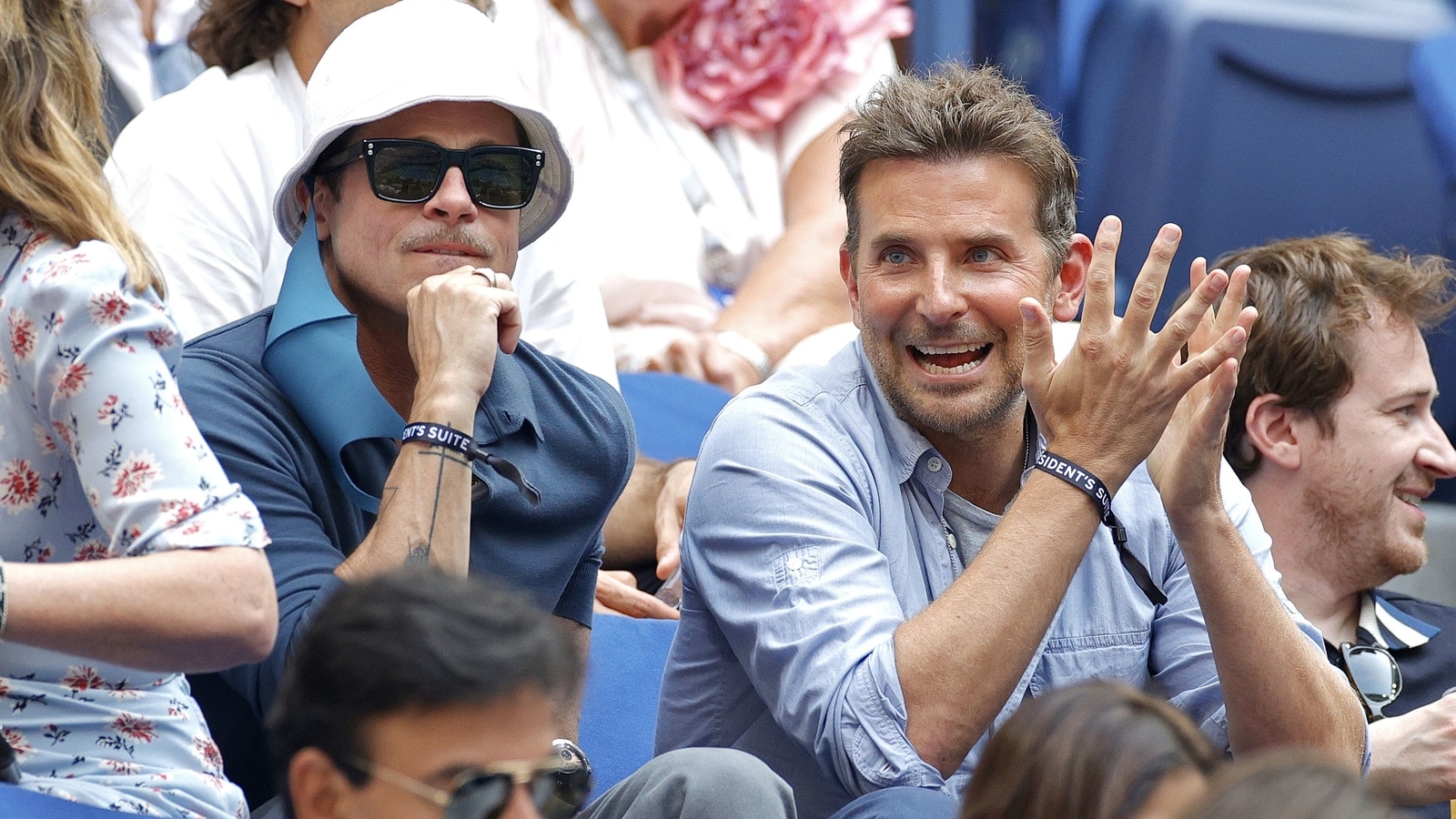 Leonardo DiCaprio, Bradley Cooper, Brad Pitt and many other Hollywood actors were seen during the US Open, which ended on Sunday.

Hollywood stars such as Brad Pitt, Bradley Cooper, Leonardo DiCaprio, Rami Malek and many others were spotted at the US Open matches. The tournament ended on Sunday with Russia’s Daniil Medvedev lifting the men’s finals trophy.

Brad, Bradley and Rami attended the final’s match. Brad was seen in a blue polo shirt and a white bucket hat, sitting next to Bradley, who was wearing a blue shirt and blue pants. Also nearby was Oscar winner Rami Malek, wearing a navy suit. One row below him was actor Ben Stiller in a black suit and two rows down was actor Alec Baldwin in a grey suit.

Even Leo was spotted at the match, trying his best to stay away from the limelight. He was seen in a casual blue denim jacket, a cap, a white mask and dark glasses. His girlfriend, actor Camilla Morrone was also with him. Also spotted at the match was filmmaker Spike Lee.

Daniil Medvedev delivered the performance of a lifetime to win the US Open on Sunday and deny Novak Djokovic a rare calendar year Grand Slam. The Russian won the year’s final major 6-4 6-4 6-4, though the straight-sets victory. At the women’s finals, UK’s Emma Raducanu won the match against Leylah Fernandez of Canada.

Leonardo was last seen in Quentin Tarantino’s Once Upon a Time… In Hollywood with Brad Pitt. His next release will be Adam McKay’s Don’t Look Up which also features a star-studded cast including Jennifer Lawrence, Jonah Hill, Meryl Streep, Timothee Chalamet and others. He also has Martin Scorcese’s Killers of the Flower Moon in the pipeline.

Brad’s upcoming movies include Lost City or D and Bullet Train. Rami will be seen as the villain in the upcoming James Bond film, No Time To Die. The film will bring back Daniel Craig as Bond.