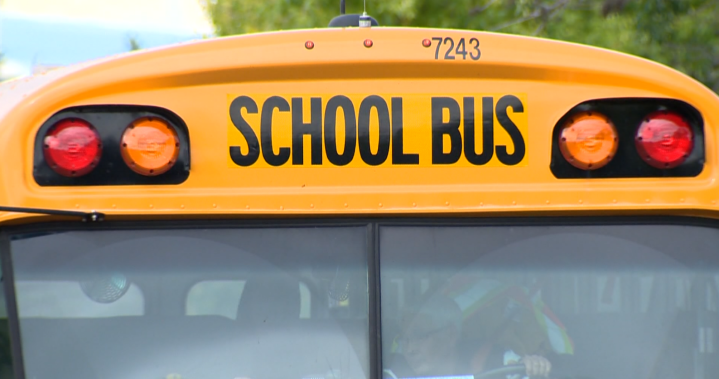 The back-to-school month is well underway and many parents within the Pembina Trails School Division have been left ‘in the dark’ regarding their children’s bus transportation plan.

This is leaving parents with frustration as they are forced to make alternate travel plans for their children.

“We got an email the first day of school with an apology that they’re behind and to stay tuned for updates. There’s no dates, there’s no reasons for this and it’s frustrating because we don’t know what is going on. We’re in the dark.” Said parent Samantha Remple.

Remple’s son Ben wrapped up his first day of Kindergarten at Beaumont School and she still has no idea if he will have a spot on the bus or not. This has caused her to have to make some big changes to her schedule.

“I’m booking time off, I’m having my dad come and help me pick him up, take him back to daycare. So it’s a big mess and not a lot of people have the support that I do of grandparents being able to pick their grandkids up,” she said.

Remple is not the only parent feeling the struggle of the uncertainty. Jenny Duncan has a son in Grade 8 at HGI Middle School and she says these kind of bussing issues with Pembina Trails are nothing new.

“We found out the day before school last year that he was not included on the bus, which was quite devastating for our family because we live over five kilometres away,” she said.

This year, she says, she still doesn’t know what bus her son is on after reaching out to the school division and Pembina Trails on multiple occasions.

“Even just the unknown, not having that faith, that trust, it’s very heartbreaking to know that our school system is failing us, parents.”

Parents are continuing to hold out hope that the bus situation will be resolved sooner rather than later, but according to a statement by Pembina Trails, it is more likely to be later.

“We will be routing our seat sale students starting Tuesday, September 21 and concluding the routing process by Friday, October 1.” the statement reads.

Pembina Trails declined an interview with Global News, but later put out an apology video from the division’s superintendent, Ted Fransen.

A video apology from Ted Fransen, Superintendent of Pembina Trails.