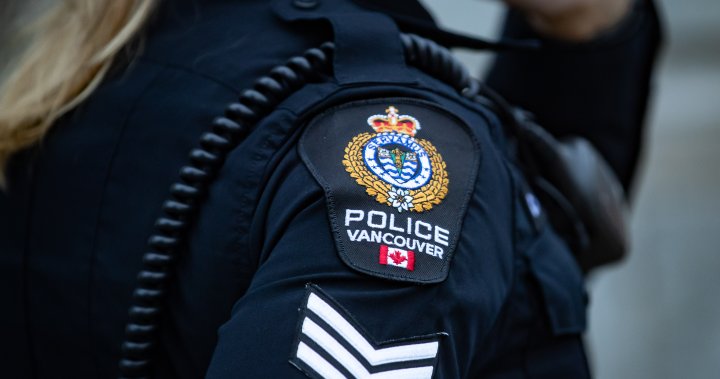 Police are investigating after a 76-year-old woman suffered life-threatening injuries in a violent sex assault in Vancouver.

Vancouver police said Saturday that they are working to piece together what happened to the senior, who suffered significant bruising on her face.

“Because of the extent of her injuries, she’s been unable to tell us exactly what happened,” Const. Tania Visintin said in a statement.

Police believe the assault may have taken place sometime between Sept. 7 at 2 p.m. and Sept. 9 at 11 a.m.

Investigators say the victim, who uses a motorized wheelchair, often visits a Cathedral Park near Dunsmuir and Richards streets and she may have been in that area before or after the attack.

The suspect is described as a Caucasian man between the ages of 35 and 40 with a stocky build, shaggy light-to-dark brown hair, and wide-set eyes. The suspect may have also been wearing a black or navy jacket.

Read more:
Police seek man accused of exposing himself to women in Coquitlam

“This is a shocking case, and the victim’s injuries are some of the worst we’ve seen,” Visintin said. “We don’t yet know who did this or where it happened, so we’re asking everyone to be vigilant until we find out more.”

Anyone with information about this case is asked to call police investigators at 604-717-0602.