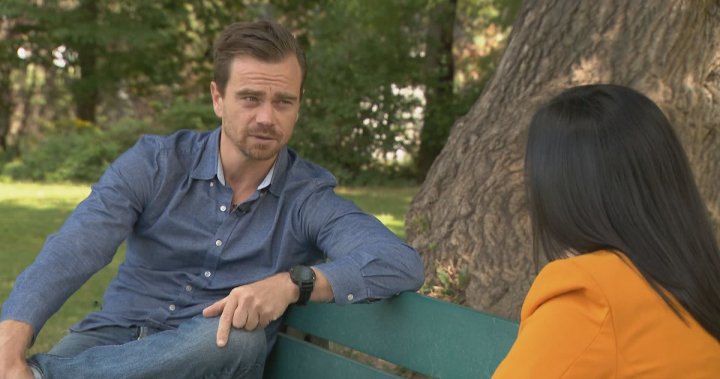 Brennan Basnicki was just 16 years old when he lost his father Ken in the Sept. 11, 2001 attacks on the World Trade Centre 20 years ago.

His uncle picked him up from school. His mother, a flight attendant at the time, was in Germany on a layover.

“My dad had actually called my grandmother and said that he was in the North Tower of the World Trade Center,” he recalled. “He said there was smoke.”

Forty-eight-year-old Ken Basnicki had just received a promotion, and New York City marked his first trip in his new role.

“I think I was just kind of lost. It was pretty blurry for the next few days, going from my grandmother’s house to our house, to my mom finally getting back from Germany.”

Air travel had come to a grinding halt the day of the attacks, leaving his mother temporarily stranded.

Basnicki and his family have been passionate advocates for a National Day of Service, and 10 years ago, then-prime minister Stephen Harper made it official.

“My mom’s goal is to get it on the calendar, so kids are aware of it. So every kid has community service to do,” he added.

“What a great opportunity to do something and take a historically negative day, and do something positive with it.”

Stephan Gerhardt lost his younger brother Ralph the day of the attacks.

The 34-year-old worked for Cantor Fitzgerald, a company that lost 658 employees that day.

“He was starting to think about moving in with his girlfriend, so he wanted to talk to me,” recalled Gerhardt. “And I was getting ready to go to Dallas on a business trip, and I said ‘Hey, let me give you a call on Tuesday the 11th. I’ll be back home and we can have a conversation then.’”

“My brother had called my dad and said he was fine, they were looking to get out, and he’d be in touch,” said Gerhardt.

Getting to New York City was made more complicated by flights being grounded. By the time Stephan had arrived in New York, his parents had driven in from Toronto.

Ontario’s chief coroner was brought in to help identify the Canadian victims. By this point, DNA technology was still relatively new.

“Unfortunately, he was one of the many that was never identified. And when you think of how far 9/11 has moved along DNA research,” he said. “They still haven’t identified remains from everybody, just because nothing was found, nothing to be identified.

“To this day, I’ll say ‘Hey I want to send Ralph this quick email’ or ‘Hey, I want to tell him this funny joke’ and takes a second. ‘Yeah, I can’t do that anymore.’”