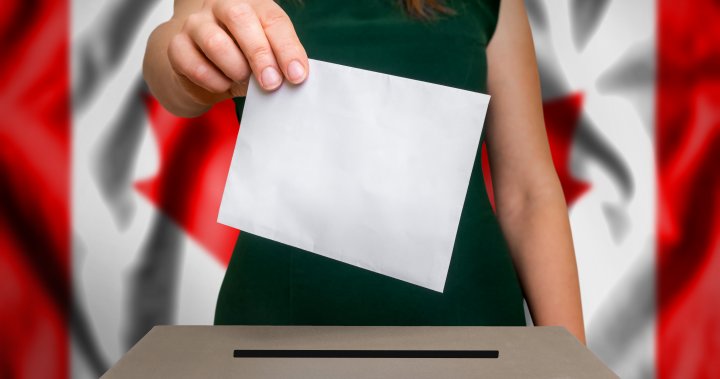 Should a “none of the above” option be added to the ballot if you don’t like any of the federal candidates?

Currently, you can’t decline a vote or indicate in an official manner that you’re not supporting any of the candidates. Voters can spoil ballots but that may not convey dissatisfaction.

“We’re not going to say three votes had no markings and three had a big X over it. We’re not reporting on that,” said Marie-France Kenny, a media advisor with Elections Canada. “We will report that there are so many ballots that are spoiled and/or rejected but we’re not going to categorize the votes … or who they might have been for.”

You can choose to submit a blank ballot but there’s no point in doing that, according to Kenny.

“It’s not going to be counted … as saying this person was dissatisfied and decided not to vote. It’s just counted as a spoiled or rejected ballot. Under the rules of the Canada Elections Act, rejected and spoiled ballots are not counted for any candidate and the reason for rejection or spoiling is not reported either.”

Spoiling votes doesn’t appear to be very popular. According to Elections Canada, when Canadians went to the polls in 2019, only one per cent of the 18.35 million votes cast were considered spoiled or rejected.

Modifying ballots to include a “none of the above” option would need an act of Parliament, which requires the support of a majority government or most political parties. However, that may not be feasible.

“You would have to, by some means or another, persuade a large number of political and administrative actors that this is a good thing to do and that it would somehow enhance the process,” said Richard Johnston, a political science professor at the University of British Columbia. “That’s a very high barrier. It’s not a trivial thing to contemplate.”

Read more:
1 in 8 Canadians are undecided about the election. Here’s what they have to say

According to Johnston, allowing “none of the above” as a ballot choice would actually worsen political apathy. It could encourage people to do no research on the political parties and just show up, tick a box then leave without truly participating in democracy, he argued.

“To be frank, it’s not a serious idea. Elections are about choosing governments, that’s the bottom line. We should not be in the business of encouraging people to engage in throwaway, cheap talk,” said Johnston. “The ‘none of the above’ option really conveys no information. We should be encouraging people to make the substantive choice and do whatever minimal research you need to do, including perhaps just investigating your own values.”

Global News reporter Tristan Field-Jones takes a closer look at what’s available if you don’t like your choices and dives deeper into why Johnston thinks a “none of the above” option is a bad idea. Click below to listen to the audio.