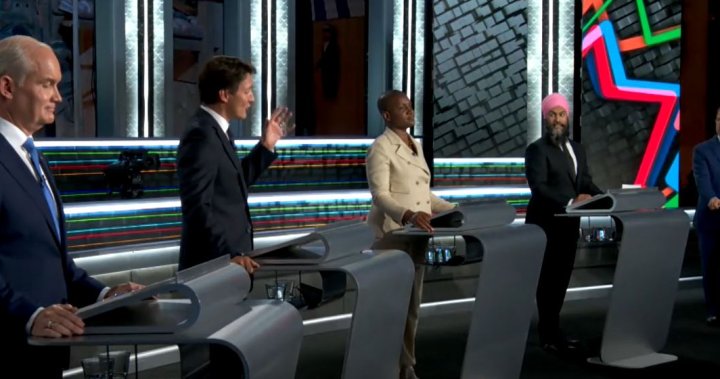 A veteran political watcher is worried the Canadian federal election is missing what’s important for the country.

“Elections should be the point where you have a debate about the future,” Ken Coates said.

“What would have been really great,” he told Global News, “(would be) to have something that was much greater than the sum of its parts.”

He said the broad discussion so far has missed critical issues, like managing the post-COVID-19 recovery, the challenges presented by crypto-currency, the increasingly dark predictions for climate change and the rise of China and its ongoing detention of two Canadian citizens, to name a few.

Coates said the dialogue so far amounts to “boring conversations” about gun control and climate change.

“We’ve rehashed those many times over the last few years,” he said.

“Those are highly partisan wedge issues. … Where’s the conversation about Canada’s innovation economy?”

“I think it’s reasonable to assume that any government would prefer to have a majority in Parliament with which to prosecute their platform,” he said.

On why the national conversations seem more focused on gun control and abortion instead of big issues, especially after the pandemic changed so much about how Canadians and people around the world live, he said he believes it’s because the decision are so large.

“People may be a little bit reluctant to really face up to that challenge.”

Global News reached out to the three Saskatoon Conservative Party candidates’ campaigns several times over several days. One campaign manager declined an interview and the two other campaigns did not respond.

Coates said another issue is that political parties have lost their importance in terms of unifying Canadians. He said regional issues, like Quebecers’ concerns about how their province is treated or how those who strongly support oil and gas mining in the prairies feel about climate change, now take precedent.

According to Coates, the unoriginal ideas he sees in the main parties’ platforms won’t help.

“You have to have a message,” he said.

“The Liberals have been in office for six years. They called the election. They have absolutely no message.”

He described the New Democrats as “Liberals on speed,” willing to do and give away the money the Liberals have already committed, but even quicker.

And he said the Tories had the easiest message, being “we’re not the Liberals,” though Coates said party leader Erin O’Toole’s changing position on gun control has hurt his standing.

Most of the campaign promises are not much more than attempts to secure votes, he told Global News.

What he would have liked to have seen from a campaign taking place during such a tumultuous time is a new vision for the country.