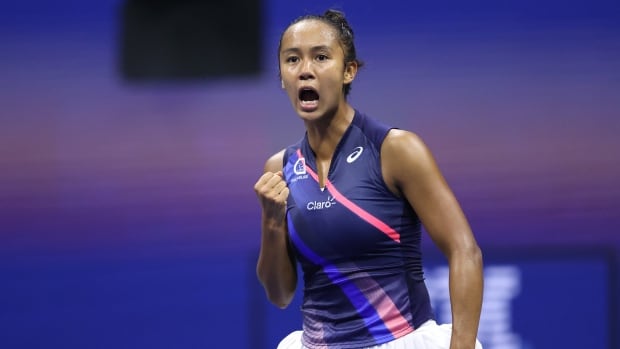 Leylah Fernandez, of Laval, Que., fought back from an early 4-1 first-set deficit to narrowly defeat Aryna Sabalenka of Belarus 7-6(3), 4-6, 6-4, securing her first-ever shot at a Grand Slam title.

The 19-year-old fan favourite got off to a slow start in Thursday’s semifinal match, struggling at first to even make contact with the No. 2 seed’s blistering pinpoint serves and a fearsome cross-court forehand.

But by the time she broke Sabalenka to take a 4-2 lead in the third set, it was clear the 73rd-ranked Fernandez wasn’t going anywhere without a fight — an attitude she’ll take into Saturday’s final against 18-year-old Emma Raducanu, who was born in Toronto but represents Great Britain. 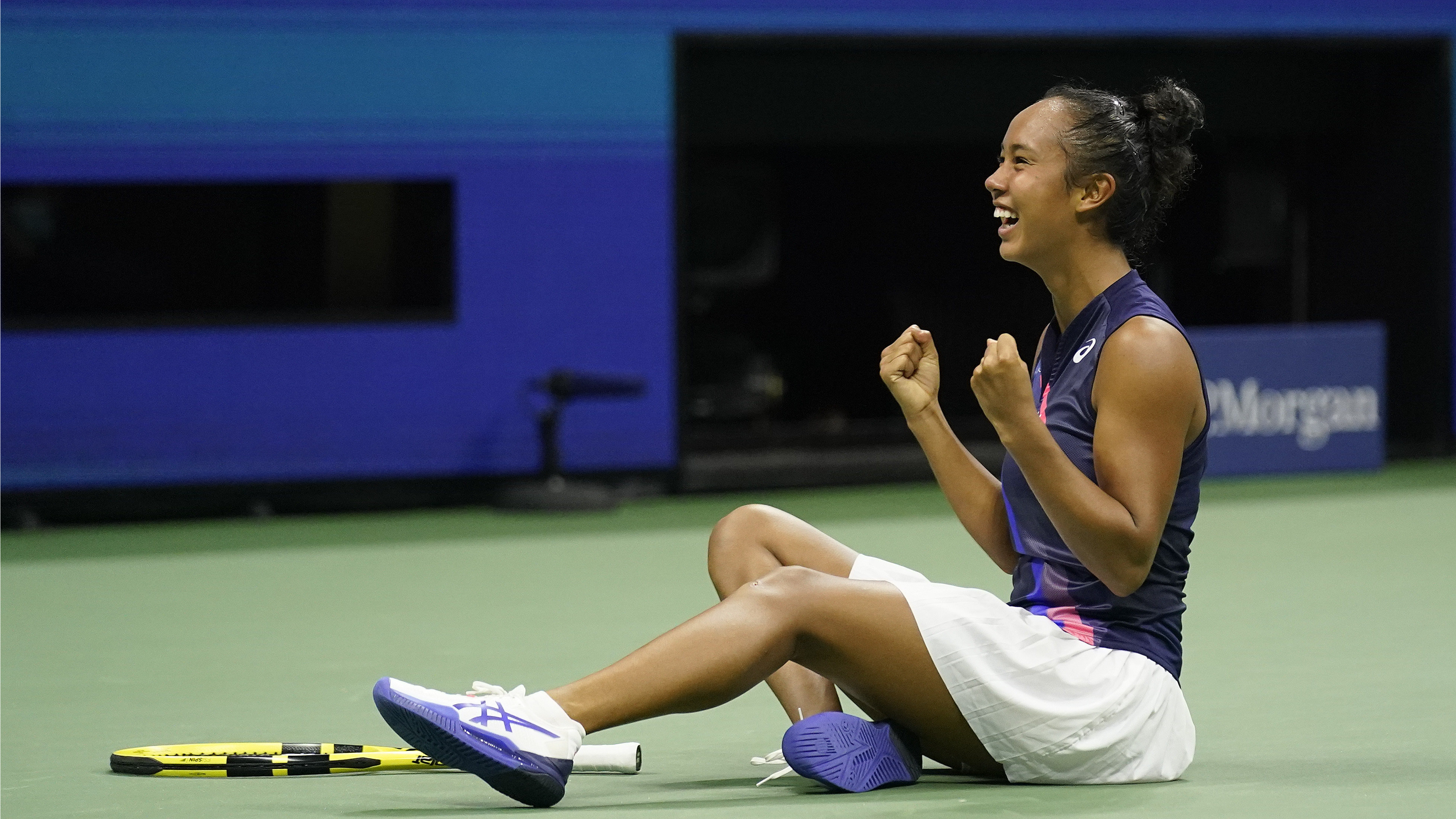 Her U.S. Open experience so far, she said, “has helped me not only to believe in my game, but it also has helped to open my eyes that I have no limit to my potential,” Fernandez said after the match.

On Thursday, she credited an early grade-school teacher for — perhaps inadvertently — sparking her competitive fire.

“She told me to stop playing tennis, you will never make it, and to just focus on school,” Fernandez said. 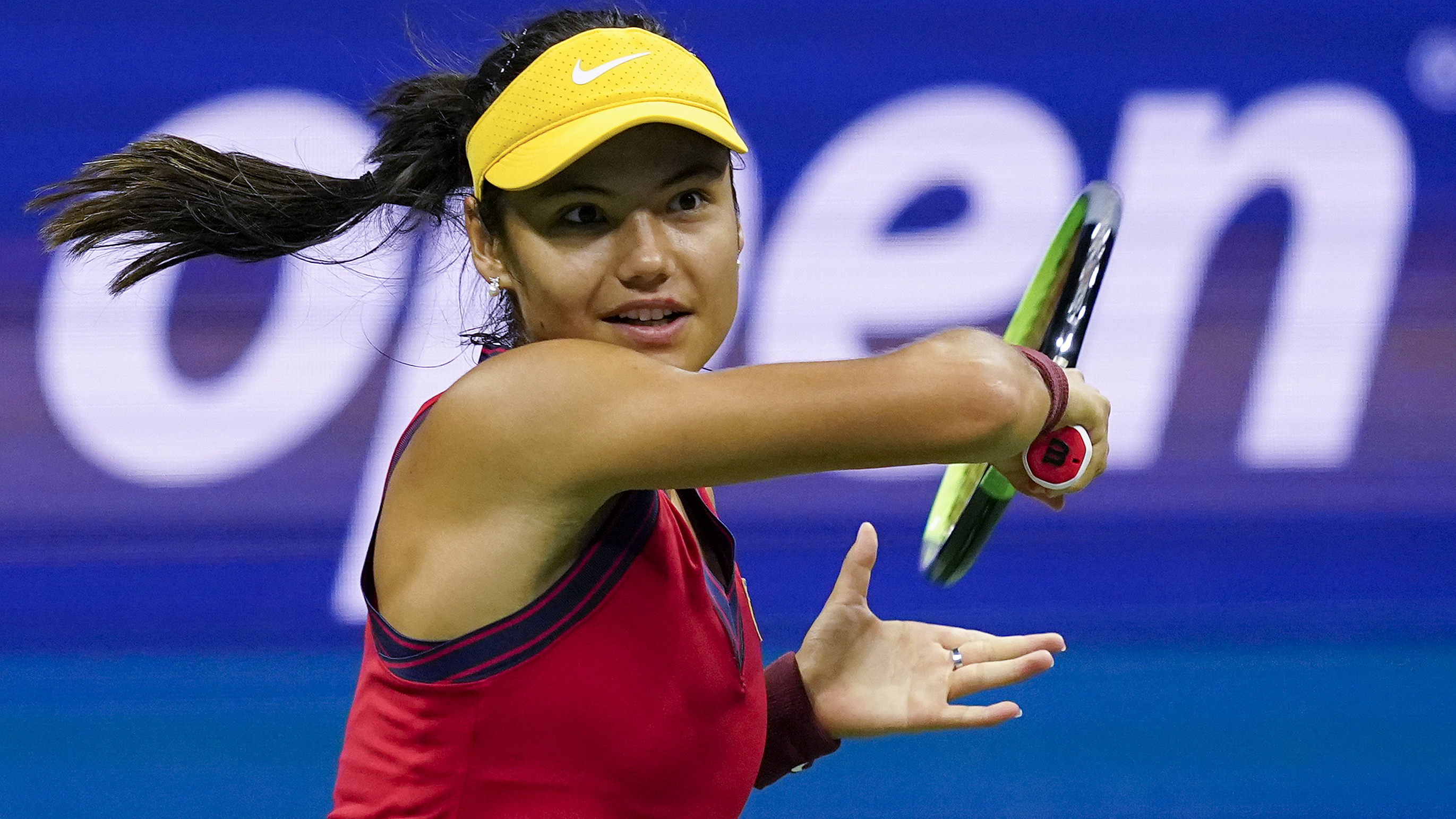 Toronto-born 18-year-old Emma Raducanu of Great Britain, ranked 150th in the world, defeats Maria Sakkari of Greece 6-1, 6-4. Raducanu becomes the first qualifier to reach the women’s final at the U.S Open where she will face 19-year-old Canadian Leylah Annie Fernandez. 2:50

The Canadian’s spirited, odds-defying march through one of the game’s most prestigious events has taken the tennis world by storm, including smitten fans at Arthur Ashe Stadium. To reach the semis, she dispatched both No. 3 Naomi Osaka of Japan, Germany’s Angelique Kerber and No. 5 Elina Svitolina of Ukraine.

The crowd support seemed to settle her down halfway through the first set, when, with the momentum clearly on Sabalenka’s side, Fernandez delivered three consecutive aces to grab a quick win and stanch the bleeding.

“I would say it’s thanks to the New York crowd,” she told the fans. “You never gave up on me … thanks to you, I was able to win.”

As they’ve done almost from the outset, the fans — some of them decked out in Canadian flags and T-shirts hand-lettered with the name “Leylah” — cheered her like a hometown favourite, an advantage that at times appeared to be getting on Sabalenka’s nerves.

When Sabalenka botched an easy overhead volley during the first-set tiebreak, the place erupted for Fernandez, then again during the second set when the Canadian delivered a slicing backhand her opponent couldn’t handle.

And when Fernandez took a one-game lead in the second set, a lead she would ultimately surrender, a visibly frustrated Sabalenka decided to retire her racquet by smashing it to pieces on the ground.

“A few times, I was trying to ask them for their support,” Sabalenka laughed after the match as she described Fernandez as a “top-10 player” who hits shots and moves around the court like she doesn’t feel the pressure.

“It seems like in these two weeks, everything is working well for her,” Sabalenka said.

Sabalenka, who made 52 unforced errors to Fernandez’s 23, double-faulted twice in a row during the final game to set up match point, only to send her return long and Fernandez to her knees in celebration.

Fernandez will attempt to become the second Canadian to win women’s singles at Flushing Meadows after Bianca Andreescu of Mississauga, Ont., who captured the U.S. Open title in 2019.

“The question is: when will you start to understand what’s going on and where you are, how good can you deal with all of the expectations and the level of pressure?” Sabalenka said.

Meanwhile, No. 12 seed Felix Auger-Aliassime of Montreal plays No. 2 Daniil Medvedev of Russia in the semifinals on the men’s side on Friday.