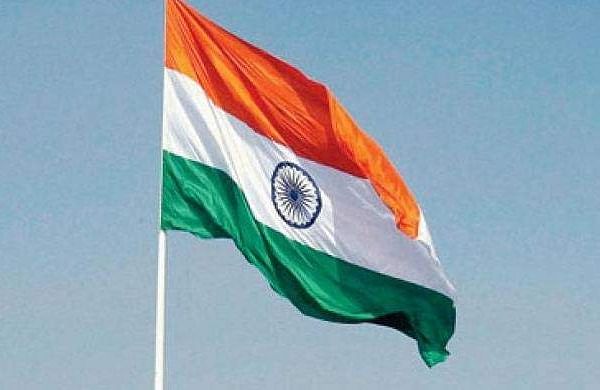 NEW DELHI: India has conveyed its concerns to the top security and intelligence officials of the US, the UK and Russia over the possible implications of Pakistan’s links with the Taliban and various terrorist groups operating in Afghanistan for regional security and stability, people familiar with the development said.

India apprised its apprehensions to Chief of Central Intelligence Agency (CIA) William Burns, the head of the UK’s Secret Intelligence Service (MI6) Richard Moore and Secretary of the Security Council of Russia Nikolai Patrushev during their separate visits here over the last few days.

In the meetings, Indian officials highlighted links of Pakistani spy agency ISI with terror groups in Afghanistan such as Jaish-e-Mohammad and Lashkar-e-Taiba and the possible risk they pose to India and the region after the Taliban’s capture of power in Kabul, the people cited above said.

NSA Ajit Doval on Wednesday held extensive talks with Patrushev on ways to deal with any possible security threat from the Taliban-ruled Afghanistan, a day after having similar deliberations with CIA chief Burns.

Burns, Patrushev and Moore were among a number of key intelligence and security officials to visit India in the last few days.

Referring to the delegation-level talks between Doval and Patrushev, the people cited above said it was India’s first detailed and extensive review of the situation in Afghanistan with Russia after Kabul fell to the Taliban.

The Indian delegation included officials of the ministries of external affairs and defence and security agencies.

There was a convergence of views between the two sides on all majors issues and common threats and they agreed that there is a need for the Taliban to adhere to its promises and that Islamic extremism was a matter of concern, the people cited above said.

Both sides also felt that there are high chances of Afghanistan becoming a hub of opium production and trafficking and that the situation in the country was uncertain, they said.

In the talks, the Indian side mentioned Pakistan’s special responsibility to ensure that Afghan soil is not used to spread terrorism, they said, adding New Delhi’s concerns over security of minorities, including Hindus and Sikhs in Afghanistan were also conveyed to the Russian side.

“Was happy to meet Mr. Nikolai Patrushev, Secretary of the Security Council of Russia. His visit allowed useful discussions between both sides on important regional developments,” Modi tweeted.

A Russian read-out of the Doval-Patrushev talks said attention was paid to intensifying joint work by “special services and military bodies” of both the countries and that emphasis was given on further interaction on the “anti-terrorist track”, combating illegal migration and drug trafficking.

CIA chief Burns, accompanied by a few officials, paid a quiet visit to India primarily to discuss ways to mitigate security threats that may emanate from Afghanistan.

It is learnt that Burns held talks with Doval and a number of senior officials of the National Security Secretariat on Tuesday.

When asked about the visit, the US embassy declined to comment. There was no comment from the Indian security establishment as well. Moore also held wide-ranging talks with Doval during his brief visit.

Asked about the MI6 chief’s trip to India, a British High Commission spokesperson said: “We do not comment on intelligence matters.” India has been in touch with all leading powers on the developments in Afghanistan following the withdrawal of troops by the US.

“As a follow-up to the telephone conversation between Russian President Vladimir Putin and Indian Prime Minister Narendra Modi on August 24, an exchange of views took place on the military, political and socio-economic situation in Afghanistan,” the Russian read-out said.

It said the two sides agreed to coordinate on the Afghan issue in the multilateral formats too.

“They also touched upon humanitarian and migration problems in this country, as well as prospects for the Russian-Indian joint efforts aimed at creating conditions for launching a peaceful settlement process on the basis of an intra-Afghan dialogue,” it said.

ALSO READ: Taliban’s interim govt has put an end to ‘anarchy’, a ‘necessary step’ to restore order in Afghanistan: China

“The importance of defining parameters of the future state structure of Afghanistan by the Afghans themselves, as well as the need to prevent the escalation of violence, social, ethnic and confessional contradictions in the country, were emphasised,” it added.

The people cited above said both India and Russia share similar concerns on terrorism that could flow out of Afghanistan.

They said the consultations reflected the close, trusted, special and privileged strategic partnership between India and Russia that has significantly matured over time.

Modi and Putin had on August 24 discussed the developments in Afghanistan and expressed the view that it was important for the two countries to work together.

Patrushev arrived here on a two-day visit on Tuesday as part of a follow-up to the telephonic conversation between Modi and Putin.

On Monday, Russian envoy Nikolay Kudashev said that there is “ample scope” for cooperation between India and Russia on Afghanistan and both sides have been in regular touch with each other on the latest developments in the war-torn country.

He also said that Russia is as concerned as India that the Afghan soil should not be a source of spreading terrorism to other countries and there is a “danger” of terror being spread to the Russian territory as well as Kashmir.

The Russian ambassador also said that there is not much difference in the overall position of Russia and India on Afghanistan and noted that Moscow’s approach in according recognition to a Taliban regime would depend on its actions.