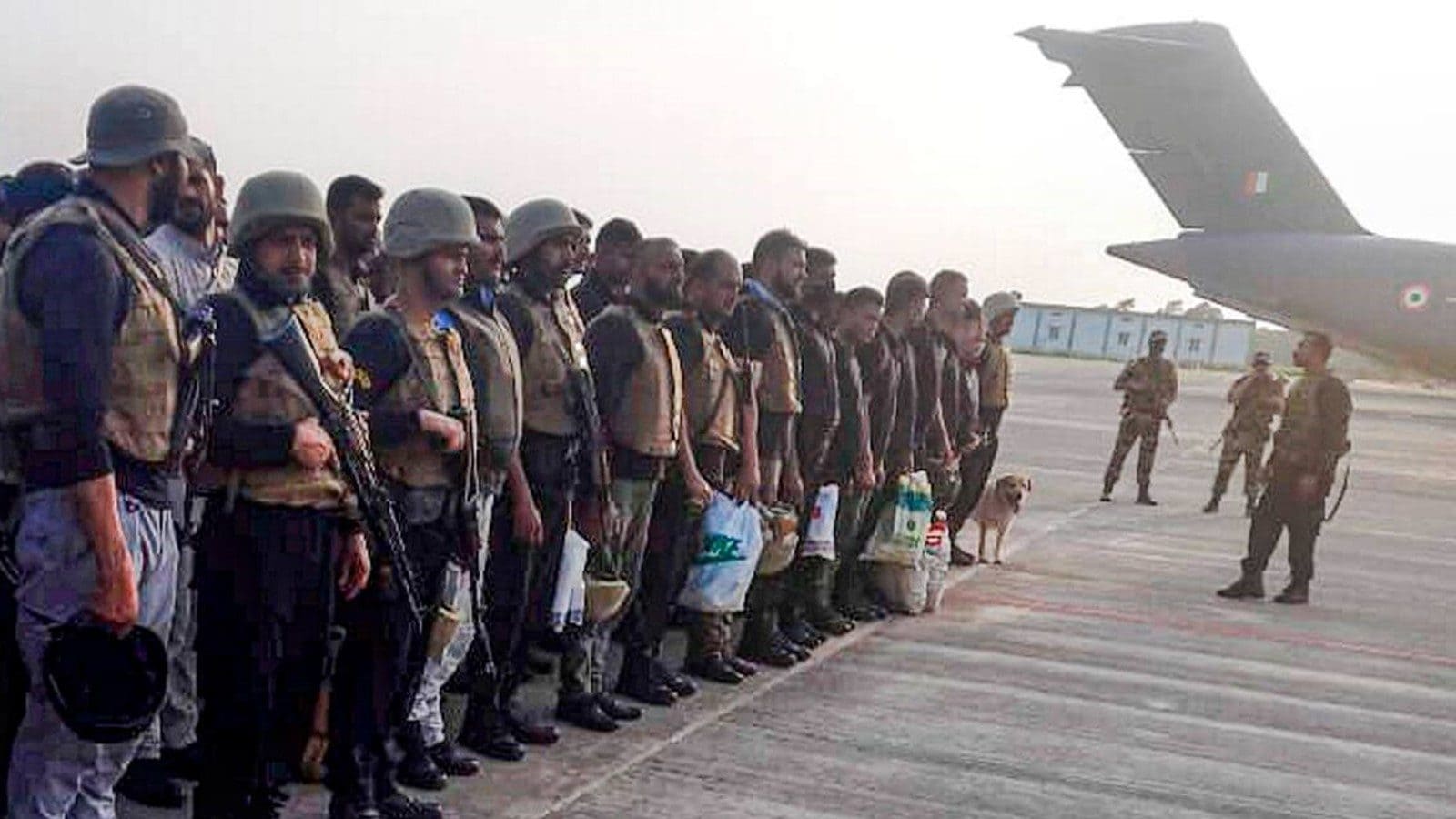 New Delhi: Seventy-eight people, including 53 Afghan nationals, who were evacuated from Afghanistan after Kabul fell to the Taliban last month, were discharged from an ITBP facility here on Tuesday after 14 days in quarantine mandated by the government to check the spread of COVID-19. Besides 53 people from Afghanistan (34 men, nine women and 10 children), the group includes 25 Indians (18 men, five women and 12 children), Indo-Tibetan Border Police (ITBP) spokesperson Vivek Kumar Pandey said.

They were handed over medical certificates and a red rose as they left the facility. These people were brought to this COVID-19 quarantine facility located in south-west Delhi’s Chhawla area on August 24 after they landed here onboard an evacuation flight operated by the Indian Air Force.

The Afghan nationals have been sent to a designated location in south Delhi while the Indians are expected to go to their homes, a senior officer said. The facility still has 35 people, who returned from Afghanistan, under quarantine that includes 24 Indians and the rest from Nepal.

This group is also expected to be discharged similarly on Wednesday, at the end of their 14-days quarantine period as mandated under existing COVID-19 medical protocol, the officer said. This ITBP quarantine centre was operationalised last year soon after the outbreak of COVID-19 and it has hosted over 1,200 people including foreigners from at least eight countries till now.

The first batch of Indians and some foreigners returning from Wuhan in China were also quarantined here last year. The ITBP is a border guarding force under the Ministry of Home Affairs (MHA) and it is primarily tasked to guard the 3,488 km long Line of Actual Control with China apart from rendering a variety of roles in the internal security domain of the country.