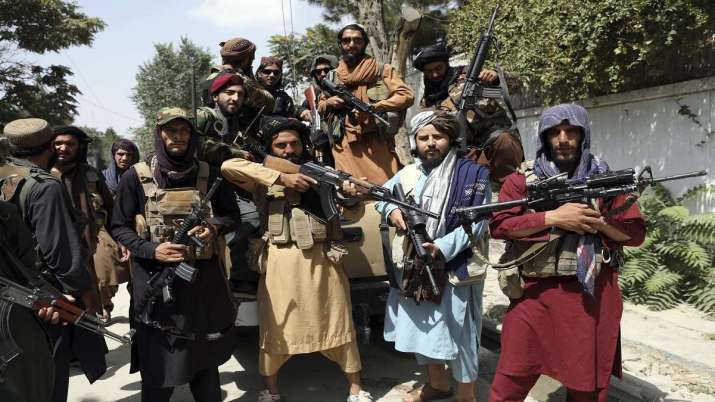 Pakistan is campaigning passionately for an “inclusive” government in Afghanistan. From Prime Minister Imran Khan to the garrulous Foreign Minister Shah Muhammad Qureshi and the ever-reticent Army Chief Gen Qamar Javed Bajwa, every Pakistani leader of some consequence is making the pitch for a broad-based government under the aegis of Taliban, which has taken over the war-ravaged country in what was no more than a bloodless fight.

Yet, the Pakistani chorus is met with as much scepticism as disbelief. This is largely because the world has come to see the Taliban and its allies in the splintered militant landscape as the proxies of the Pakistan Army’s eyes and ears – the Inter-Services Intelligence (ISI).

The way the ISI chief has air dashed to Kabul to broker peace amongst the Taliban groups jockeying for positions in the new dispensation has dented the Taliban’s carefully crafted image. It has deprived it of the room it cherished to deny linkages with Pakistan.

Moreover, within and outside Pakistan, the clamour for an inclusive government is seen as a ploy to ensure key slots for the ISI proxies, like the Haqqanis. But the delay in constituting the new Kabul power structure has invited barbs from stalwarts like Farhatullah Babar.

“Conquerors of Afghanistan haven’t yet formed the government despite declaring to make it on Friday last. The internal power tussle between Haqqanis, Mullah Baradar is the likely cause. Haqqanis must be happy with some visitors visiting Kabul,” the veteran politician from Peshawar, which is the gateway to the Talibanised tribal belt of Pakistan, tweeted on September 4. The visitor to Kabul, he was referring to, was Lt Gen Faiz Hameed, the ISI chief.

An Afghan activist, and human rights campaigner, Zarifa Ghafari took a dig at Mullah Baradar himself in a tongue in cheek tweet. “Does Mullah Brother remember (know); he was in a Pakistani prison? And this man (ISI Chief) who he welcomed in Kabul today, was mainly responsible for it? Does he remember that Pakistani soldiers were taking him as an animal with all those chains (from) place to place?”

The tweet was loaded by all means. It shows the chasm between today and yesterday in Pakistan-Afghan relations. For the uninitiated in Afghan politics, Ghafari has survived three assassination attempts. She became the Mayor of Maidan Shahr, capital of the Wardak Province in 2019 at a time when there were not many women politicians around. Zarifa was chosen as an International Woman of Courage in 2020 by the US Secretary of State.

Hameed’s air dash is a clear giveaway that the remote control has failed to deliver the desired result. Frankly, Gen Bajwa conceded that much in his closed-door security briefing to lawmakers who were keen to get a hang of the situation, according to a front-page report on the sedate Karachi daily Dawn.

Shorn of all shibboleths, the Pakistani motive is to have effective control of Kabul airport and even perhaps the Afghan airspace. It has been reported that at present the Turks, friends of the Taliban, are managing the Kabul airport. But that is not considered good enough by Pakistan which wants to scrutinise the fleeing foreign nationals as that will open for it the possibility of harassing amongst others the Indian nationals still left in Afghanistan.

It is not clear what Pakistan means by “border management” – one of the agenda items on Hameed’s Kabul visit. Afghanistan and Pakistan have almost an open border that has existed for decades. But there is also a long-standing boundary dispute between the two Islamic “brothers”.

The Taliban 1.0 did not accept the British-drawn Durand Line border which is seen as a hindrance in the movement of Pushtuns on either side of the border. The Taliban 2.0 has stuck to the same refrain to the relief of Afghans. The Taliban are Pushtuns though they are not known to adhere to the Pushtun’s code of honour.

From media reports, it is clear that Pakistan is dictating to the Taliban how it should deal with “pending requests” for the evacuation of foreign nationals. It is almost certain that these “requests” relate to nationals of countries in the West and perhaps Indians. Since Kabul airport is not fully operational, the evacuation will have to be through Pakistan.

This is what is enabling Pakistan to dream big on securing global recognition to its Kabul proxy. By becoming a key factor in the departure of foreign nationals stranded amidst chaos in Kabul, Islamabad can put pressure on, nay arm-twist, the affected nations to give legitimacy to Taliban 2.0.

Frankly, the Western countries would not welcome the idea of granting recognition to the new Afghan regime solely on the recommendation of Pakistan. For Taliban 1.0 recognition came only from three countries. And now by letting their embassies function in Kabul, Russia and China may have signalled their tacit recognition but the rest of the world is in a wait and watch mode. The wait is to see if Taliban 2.0 is opposed to being chained by a neighbour which had made such a hue and cries over the American “shackles” in Afghanistan!