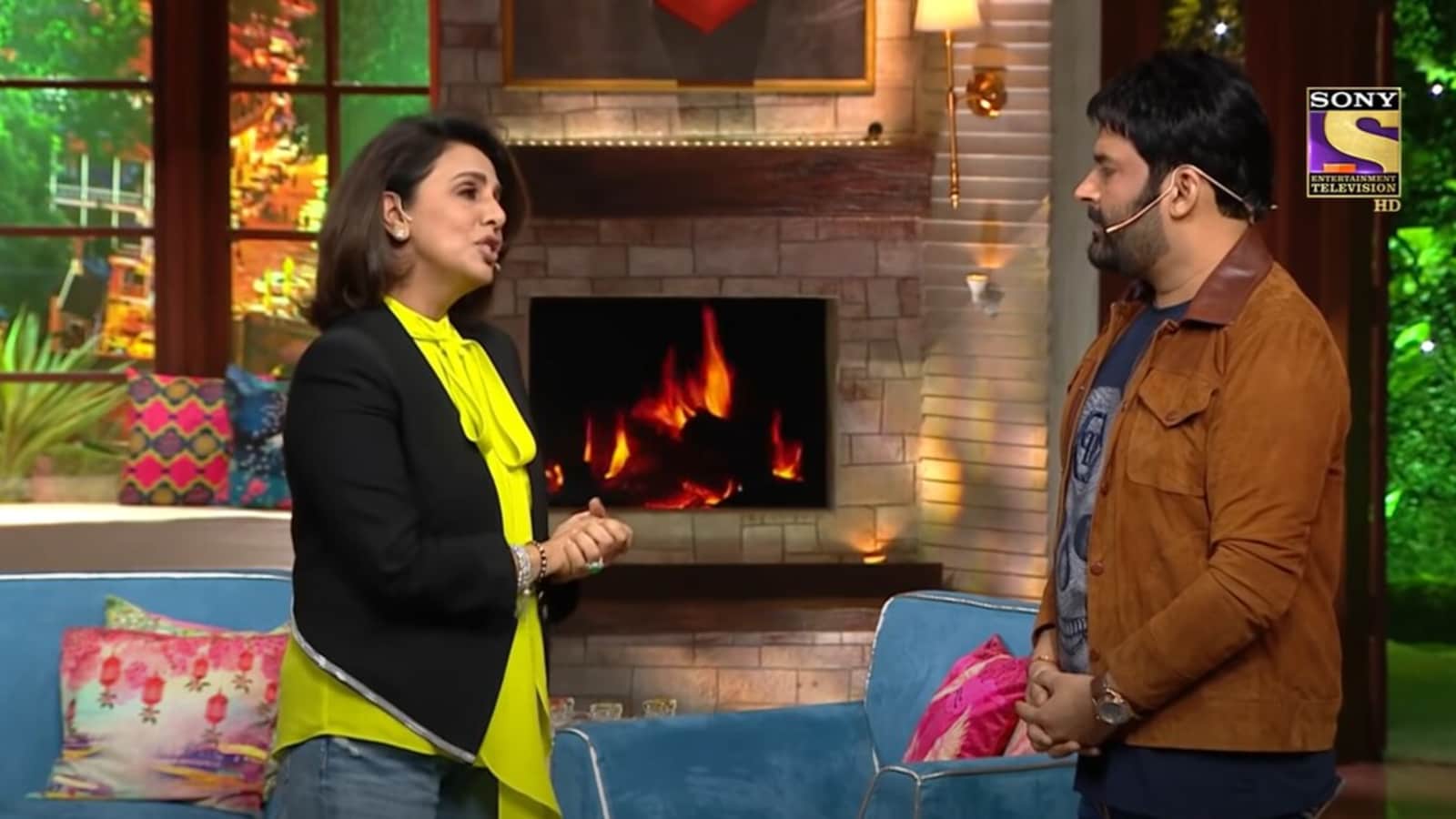 Neetu Kapoor was the special guest on Sunday’s episode of The Kapil Sharma Show and she teased host Kapil Sharma about welcoming daughter Anayra and son Trishaan in quick succession. She jokingly asked him to give his wife Ginni Chatrath some ‘rest’. Neetu also shared memories of her late husband Rishi Kapoor.

“Aapne bohot jaldi jaldi nahi apne bachche paida kiye? Ek ke baad ek, kuch aaram nahi dena wife ko (Your children were born in such quick succession. One after the other, you didn’t give any rest to your wife),” Neetu teased Kapil. However, he had a funny reply up his sleeve.

Kapil said that when his daughter Anayra was born in December 2019, the first wave of the Covid-19 pandemic hit the country. When his son Trishaan was born, it marked the beginning of the second wave. “Beech mein afwah aa rahi thi ki teesri leher bhi aa sakti hai. Meri biwi mere ko dekh ke (There were also rumours that there might be a third wave. My wife looked at me),” he trailed off and burst out laughing.

Kapil remarked that Neetu looked fitter each time he saw her. Archana Puran Singh chastised Kapil for ‘flirting’ with Neetu, but he jokingly called her a ‘jealous woman’.

Neetu talked about remaining fit, despite the Kapoors’ well-documented love for food, and reminisced about how she would make Rishi follow a diet. She said that he would do so only to make her happy.

“Main baat nahi karti thi 6-6 mahine. Ke pehle aap patle ho, phir main baat karungi (I would not talk to him for six months at a time, I would tell him to first lose weight and only then I would speak with him). Then he used to get fed up. ‘Achcha, bata, kya karna hai (Okay, tell me what to do).’ Then he would do and go back to eating,” she recalled.

Kapil introduced Neetu to his mother, who was in the audience. On being asked about Ginni, he joked, “Woh mere saath reh nahi sakti hai. Teesri leher, bataya na maine aapko (She cannot stay with me, she is scared of the third wave).”

Riddhima Kapoor Sahni also joined her mother Neetu on the stage to make her television debut. Last week, she posted behind-the-scenes photos from the set and wrote, “Take time to make your soul happy…Had one of the most amazing (laughter) filled evenings yesterday at @kapilsharmashow with mom @neetu54.”