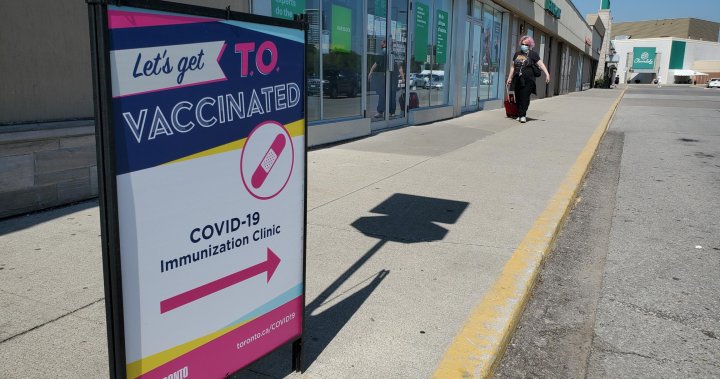 Ontario reported 811 COVID-19 cases on Sunday, bringing the total number of cases in the province to 569,633.

All other local public health units reported fewer than 40 new cases in the provincial report.

The death toll in the province has risen to 9548 as three more deaths were recorded. However, the ministry of health said two of the deaths occurred more than two months ago and are being reported due to a data cleanup.

The government said 22,410 tests were processed in the last 24 hours. There is currently a backlog of 8,469 tests awaiting results.

Ontario reported 266 people in general hospital wards with COVID-19 (down by 43 from the previous day) with 179 patients in intensive care units (up by seven) and 155 patients in ICUs on a ventilator (up by six).

In Ontario, nearly 83.5 per cent of people aged 12-plus have received at least one vaccine dose and more than 76.9 per cent are fully vaccinated.