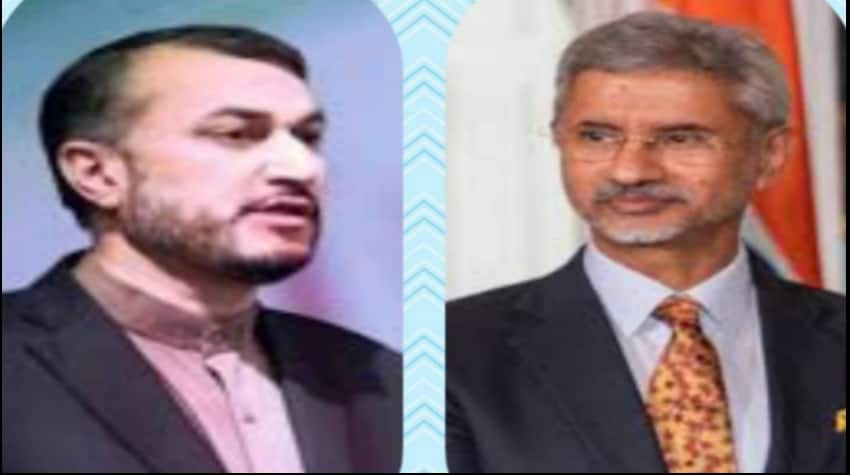 New Delhi: India’s External Affairs Minister Dr S Jaishankar and Iran’s new foreign minister Amir Abdollahian on Wednesday held talks, with top focus on Afghanistan situation and Chabahar port project. This was the first ever call between the two since the new Iran FM Amir took charge, during which EAM congratulated him on his appointment as Iran’s foreign minister.

On Afghanistan, the two sides agreed to continue the consultations with Iranian read out saying that FM Amir reiterated Tehran’s “principled policy to support the formation of an inclusive government in Afghanistan” which is “made up of all Afghan ethnic groups”. He also emphasized on a regional approach to “defuse the crisis in Afghanistan.”

A tweet statement by EAM said that India, “Appreciate Iran’s facilitation of our repatriation flights from Afghanistan.” India in September evacuated more than 500 people after the fall of Kabul to Taliban. During the evacuation process, India had coordinated with many counties like Iran, US, Tajikistan, Uzbekistan, Turkmenistan, Oman.

Appreciate Iran’s facilitation of our repatriation flights from Afghanistan.

On Chabahar, the Iran FM called for “speeding up the Chabahar Project and expanding trade with India.” Chabahar port is key to India’s connectivity to its west, providing links to Afghanistan and central Asia, and key to International north south transport corridor connecting Mumbai to Moscow.

Discussions were also on vaccines. India had sent consignment of COVAX to Iran as its delt with covid crisis, while Iran had sent assistance to India during the second wave of covid crisis earlier this year. Last month, Jaishankar had represented India at the oath taking ceremony of the new Iran President Ebrahim Raisi. That was the 2nd visit of EAM in matter of 2 months to Iran, given that in July month he had made a stopover in Tehran and called on Ebrahim Raisi. He was the first foreign minister to call on the Raisi.