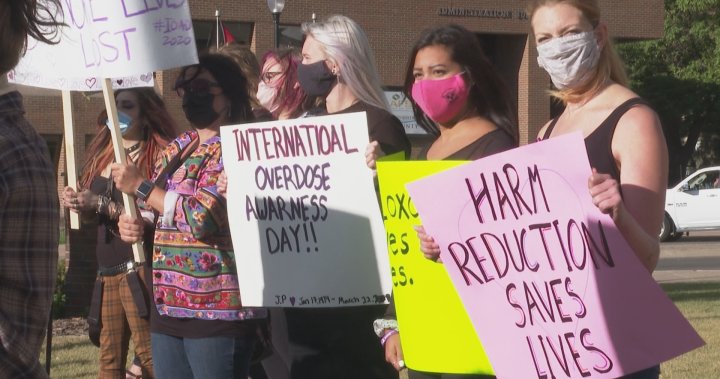 Aug. 31 marks International Overdose Awareness Day, an annual campaign to end overdoses, remember those who’ve lost their lives to one, and for loved ones, a time to mourn.

“I just really want people to know that there is no stigma. There should be no stigma,” says Wendy Carson, a Kingston local who lost her son to an overdose in 2017.

Carson also works as a worker at the care hub in downtown Kingston, a space that provides 24/7 services to vulnerable people who need immediate safety, food and rest, along with longer-term needs such as addiction and mental health services.

“It’s an important part of my life, because I just want to save one other mother from feeling the way I feel,” said Carson.

Carson says more education and understanding is needed in order to make progress with overdose prevention, and establishing more safe injection sites throughout the region would be a start.

Read more:
Toxic drugs are now the leading cause of death for people between 19 and 39 in B.C.

“They need not to be made to feel like they’re not worth anything.”

Frontenac Paramedics deputy chief Marc Gouldie says Kingston is above the provincial average for opioid overdoses and calls have spiked during the pandemic.

The deputy chief says those figures only represent the overdoses that are reported.

“We always recommend that when using any kind of substance, to never use alone, to use with somebody or we have the consumption treatment services site down at the hub on Montreal Street,” added Gouldie.

The deputy chief says a call to 911 can be the difference between life and death if someone is exhibiting symptoms of an overdose.

“Unconscious, not breathing very well, they might have some snoring respirations, they might also exhibit some pin point pupils if its an opioid overdose. So calling 911 in a timely fashion for paramedics to show up and be able to treat that patient is very important,” explained Gouldie.

International Overdose Awareness Day was initiated in 2001 by The Salvation Army in St Kilda, Melbourne.