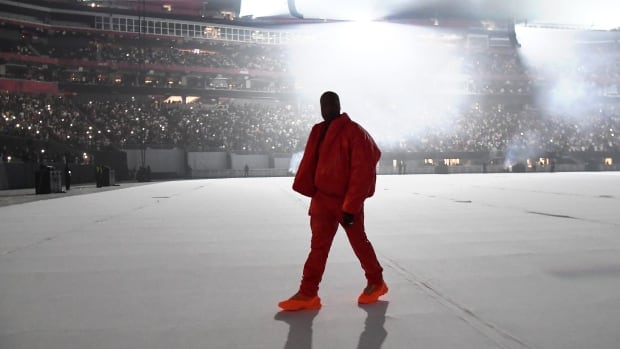 He’s back: rapper Kanye West’s long-anticipated 10th studio album Donda was released on Sunday by Def Jam Records. But the road to the album, first announced in June 2020 under a different title, has been bumpy. Here’s everything you need to know about Donda:

Named for his late mother

A follow-up to 2019’s Jesus is King, the album is named for West’s late mother Donda West, who died in 2007 due to complications from surgery.

West is known for recutting his albums up to weeks after their official release. But in its current iteration, the album has a runtime of one hour and 49 minutes, making it one of his longest.

West, who recently filed to change his name to “Ye,” is a polarizing figure among fans and musicians, and he courted controversy again by including rapper DaBaby and singer Marilyn Manson — who have recently been accused of homophobia and sexual assault, respectively — on the album.

In July, DaBaby was criticized for making homophobic comments and spreading misinformation about HIV/AIDS during a live performance, while Manson faces rape and sexual assault allegations and lawsuits from women including actress Evan Rachel Wood.

The album was available on streaming services early Sunday morning. But just a few hours later, West took to Instagram, stating that Universal Music Group — of which Def Jam is a subsidiary — had released it without his approval.

In a since-deleted Instagram post, West said the track was removed because DaBaby’s verse was not cleared by his manager.

A listening party for Donda at Soldier Field Stadium in West’s hometown of Chicago featured his estranged wife Kim Kardashian. Kardashian appeared on the field during the album’s final track, wearing a Balenciaga wedding gown.

The Aug. 27 event was one of the most high-profile appearances the couple have made together since Kardashian filed for divorce in February.

It was rumoured West was planning to release the album on the same date as rival Drake’s latest record, Certified Lover Boy.

It’s not the first time that West’s album was scheduled for release on the same date as that of a rival. Last summer, Donda was initially planned for a July 24, 2020 release, the same as Taylor Swift’s folklore. Swift and West have sparred throughout the years since his infamous interruption of her speech at the 2009 MTV Video Music Awards.

But the sour relationship between West and Drake hit a new level this month, with the Toronto-born rapper seemingly dissing West during a verse on rapper Trippie Redd’s song Betrayal. West responded by publicly revealing, and then deleting, Drake’s alleged Toronto address.

Drake isn’t the only one in bad standing with West. Upon Donda‘s release, rapper Soulja Boy and singer Chris Brown took to social media to criticize West for cutting their featured verses on the album.

Soulja Boy, who tweeted a text exchange showing proof of a collaboration between him and West, was supposed to appear on the track Remote Control. Brown’s vocals were initially included on New Again.