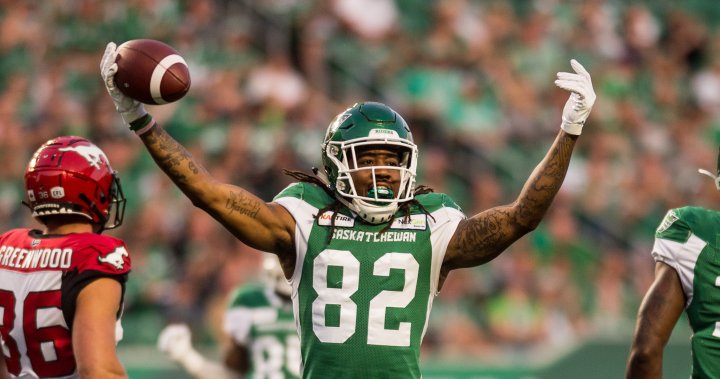 The Winnipeg Blue Bombers are adding a veteran to their receiving corps.

Longtime Saskatchewan Roughriders receiver Naaman Roosevelt has signed with the Blue and Gold.

Bombers head coach Mike O’Shea says the move has been in the works for a while.

“We have guys that are injured and we’re getting to the point where it’s hard to practice with the number of bodies we have,” O’Shea said.

“So you bring in a veteran presence, a guy who understands CFL defences, CFL offences. Sure the terminology may be different, but the route concepts, those nuances, will be familiar to him.”

He was named the Riders’ most outstanding player in 2016 and was a West Division All-Star in 2017.

The 33-year-old from Buffalo spent training camp with the Montreal Alouettes before being released.

Roosevelt has been placed on the suspended list while he completes travel requirements.

In another move, the Bombers added American kicker Ali Mourtada to the roster Monday.

Rookie kicker Marc Liegghio went four-for-four on field goals Sunday, including booting the game-winner with under a minute left. But with the team’s other kicker Tyler Crapigna injured, the coach wants to make sure they’ve got a backup in place.

“With Tyler getting injured, this is a necessity to bring a guy up just to make sure we can get through,” O’Shea said.

“We’re asking Marc to do all three (kickoffs, punting, field goals), and that’s putting a lot on a young kicker. He performed admirably (Sunday), but you better have some insurance also.”