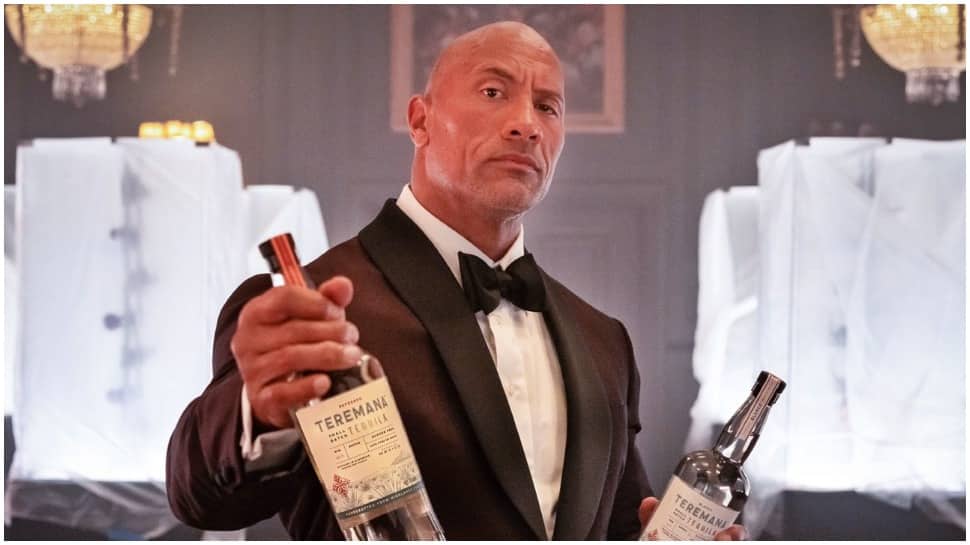 New Delhi: Twitter is an interesting social media platform that lets people connect with any person directly on the micro-blogging site and it makes it easier for fans to connect with their favourite silver-screen stars. But sometimes fans can put these stars in weird situations asking some absurd questions. In one such incident, a Twitterati shared a GIF in which Hollywood star Dwayne Johnson, ‘The Rock’ is seen smelling something. The user also wrote that the only smell coming from the star is of what he is cooking. Although this post is unavailable now, it did spark an interesting conversation between the star’s fans.

The fans started guessing how ‘The Rock’ must smell in person and the conversation reached the point where Twitteratis started discussing how the A-lister Hollywood stars don’t take bath as much as they should.

Seeing the conversation among the fans getting heated The Rock intervened and cleared all doubts sharing his shower routine. Dwayne Johnson posted on Twitter that he showers thrice a day- with cold water after he wakes up, with warm water after a workout, and with hot water at the end of the day.

Nope, I’m the opposite of a “not washing themselves” celeb.
Shower (cold) when I roll outta bed to get my day rollin’.
Shower (warm) after my workout before work.
Shower (hot) after I get home from work.
Face wash, body wash, exfoliate and I sing (off key) in the shower  https://t.co/iE6ZPhrthL

However people have different bathing routines but according to experts, the washing routine should totally depend on age, climate and other factors.

Now you know your favourite movie star’s bathing routine you may wanna know his upcoming film.

‘The Rock’ is all set to appear in Disney’s ‘Jungle Cruise’ with Emily Blunt.