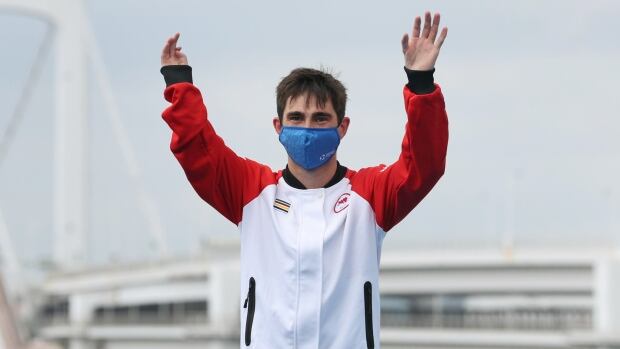 The Calgary native placed third in the men’s Para triathlon PTS5 event on Sunday in Japan with a time of 59 minutes 22 seconds.

Daniel, 24, won silver in the category reserved for athletes with mild impairments at the 2016 Rio Paralympics. The Canadian was born with bilateral radial club hands, leaving his right arm seven inches shorter than his left.

“Overall I probably had a much better race than in Rio and I came away with a worse result. It just shows [the fact that] the sport and the athletes grow [and improve] every year,” Daniel said. 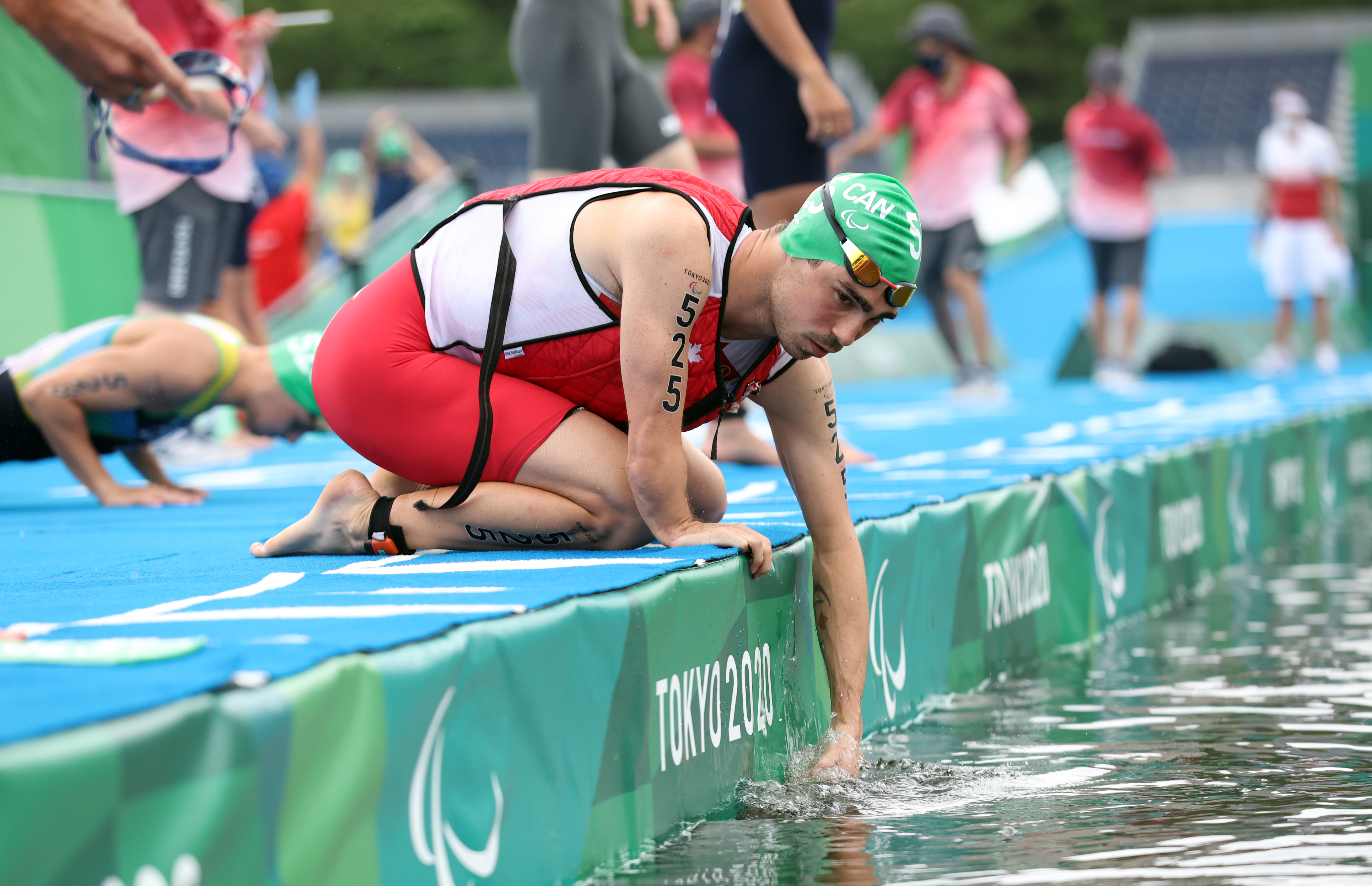 Stefan Daniel from Calgary wins the bronze medal in the men’s Para triathlon PTS5 event at the Tokyo Paralympics. 3:32

Germany’s Martin Schulz, who won gold five years ago, repeated the feat with a time of 58:10, while Great Britain’s George Peasgood took silver at 58:55.

Daniel edged out American Chris Hammer by six seconds to take the final spot on the podium.

“I’ll come to cherish this, but it’ll take time. I gave everything I had today,” Daniel, who has four world championships to his name, told CBC Sports’s Devin Heroux after the race.

At the Odaiba Marine Park, Daniel was consistently third, emerging in the position after the 750-metre swim and after the 20-kilometre bike. He was able to make up some time on Peasgood in the 5-km run, but his deficit was ultimately too large to overcome. 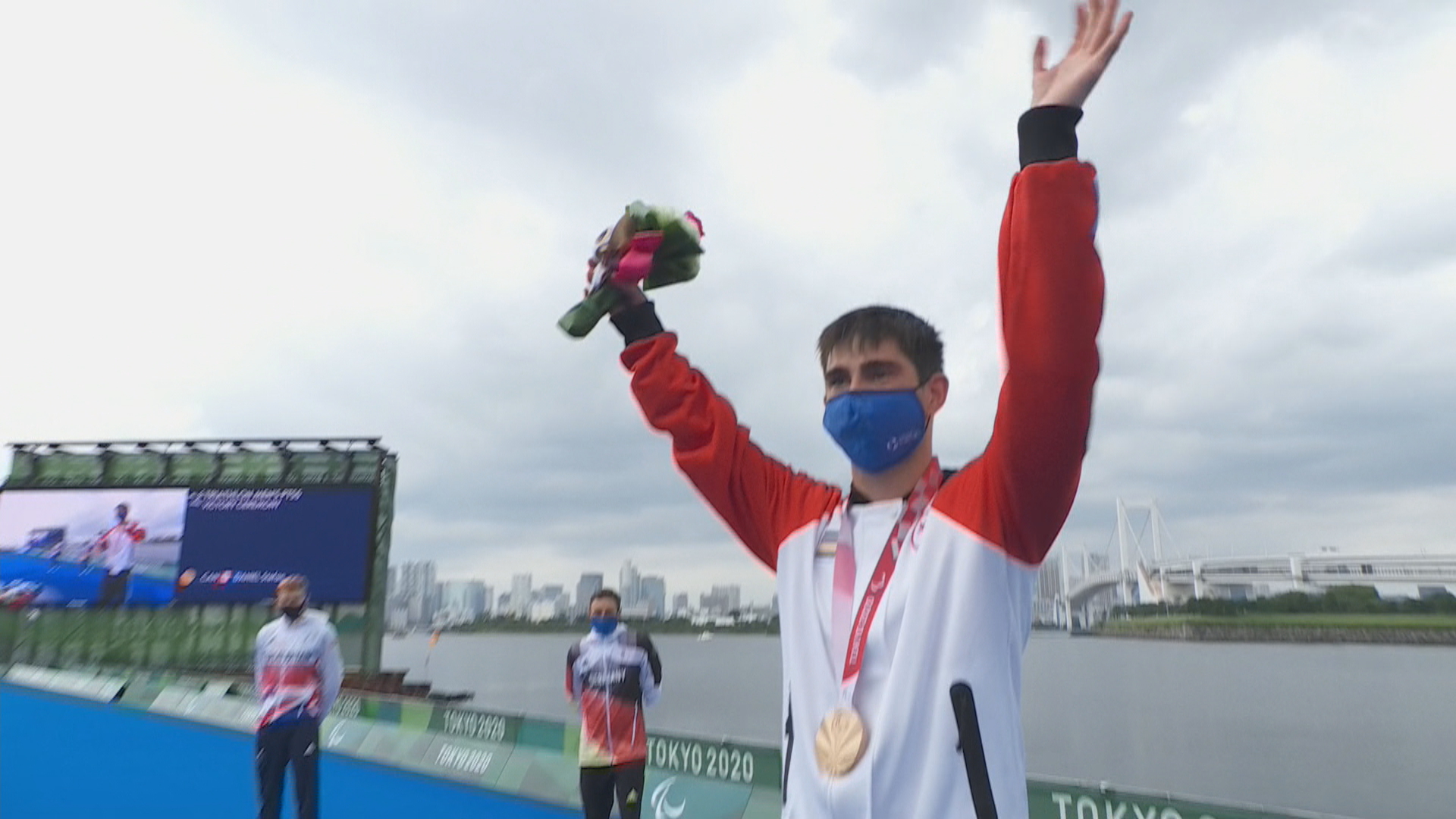 Stefan Daniel steps to the podium for his bronze medal

Once again, heat was a factor in Tokyo, with temperatures nearing 30 C to go along with a thick humidity.

But Daniel was prepared. In anticipation of the weather, he used steaming kettles in his treadmill room at home to increase heat for training, sometimes up to 38 C.

It paid off on Sunday, with Daniel’s endurance appearing not to waver as the race stretched to nearly an hour long.

“I really tried to stay within myself, tried to manage the heat. The heat is the real deal here. That was definitely a factor and everyone was definitely suffering out there,” Daniel said. 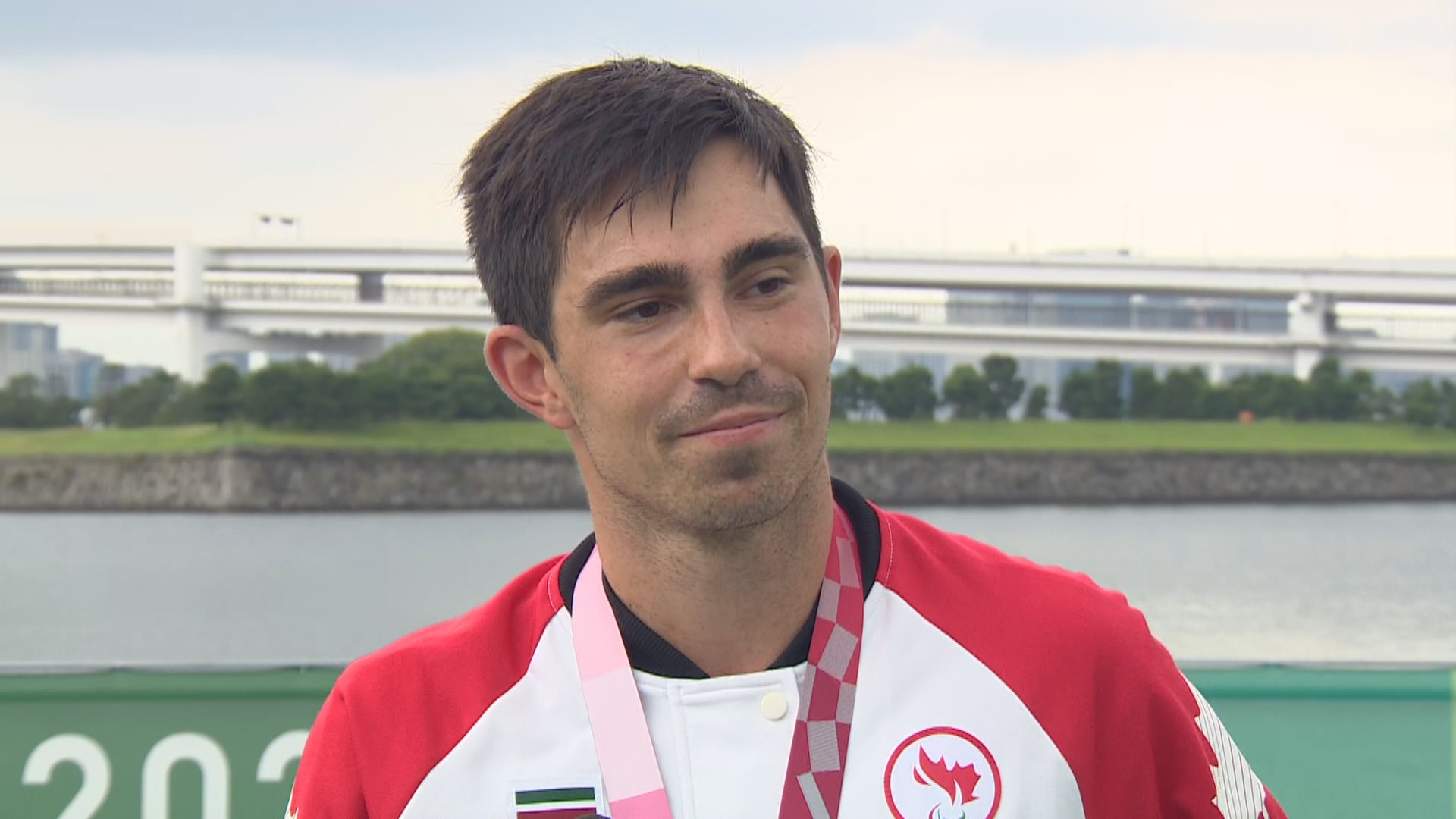 Stefan Daniel of Calgary says that he’s really proud of his effort and hopes that it inspires Canadians. 1:49

After collapsing to the ground immediately after finishing the race, the Canadian was ushered on a wheelchair into a medical tent, where he received some form of treatment before re-emerging.

It’s the same position in which Frenette finished at both her world championship appearances, in 2018 and 2019. But despite both the increased pressure and humidity, the 25-year-old from Dieppe, N.B., posted a better time than in either of those events.

Frenette emerged third from the swim but quickly fell back into fourth, where she’d remain throughout the race. Ultimately, the Canadian — a pharmacy student who has worked in vaccination clinics throughout the pandemic — finished over two minutes out of the podium but over three minutes clear off fifth.

Wheelchair racer Brent Lakatos is moving into the finals of the men’s T53 400-metre race following his qualifying heat on Saturday.

Canada’s Lakatos, the world record holder, cruised to the finish in 48 seconds to win his heat.

Pongsakorn Paeyo of Thailand set a Paralympic record in his qualifying heat with a time of 47.31 seconds. The reigning gold medallist goes into the final first overall.

Lakatos has taken silver at the past two Paralympics in this event. His final is scheduled for 7:01 a.m. ET on Sunday.

Also in athletics, Canada’s Austin Ingram placed fourth in his qualifying heat in the men’s T13 100-metre race. He had a season-best time of 11.21 seconds, but won’t advance to the final.

It’s a first Paralympics for the 19-year-old from Petawawa, Ont.

Ingram holds the Canadian record in the event — he dropped the mark to 10.99 seconds in a fourth-place finish at the 2019 IPC World championships in Dubai.

Canada’s Jessica Frotten, 33, also didn’t advance to the finals of the women’s T53 800-metre race in her first Paralympics. She had a season-best time of one minute 56.79 seconds and placed fourth in her heat.

Turbide, of Quebec City, touched the wall in 24.54 seconds in a men’s S13 50m freestyle qualifying heat at the Tokyo Aquatics Centre.

The time was just enough for Turbide, 24, to squeak into the medal race, which begins on Sunday at 5:11 a.m. ET.

Canada’s youngest Paralympian in Tokyo, the 17-year-old Bennett, will swim for a medal in the men’s SB14 100m breaststroke on Sunday at 4:21 a.m. ET.

Like Turbide, Bennett enters the final in style after breaking the Canadian record with his time of 1:06.73, which placed him third in his heat.

Bennett, of Parksville, B.C., is looking for his first career Paralympic medal.

Despite a personal best, Canada’s Nikita Ens joined Angela Marina and Aly Van Wyck-Smart in failing to advance out of qualifying.

The Canadian women took the first set with solid confidence and out-performed Italy to take the second one too.

While the Italians came back with a vengeance to take the third, Canada managed to regroup and secure the win in a fourth set.

Heidi Peters, from Neerlandia, Alta., had a stellar game with 34 points. Before the game on Saturday night, Peters was already the top-ranked scorer in the tournament. Team captain Danielle Ellis had 11 points.

Canada has a few days break until it plays Japan, its last opponent in the group play stage, on Wednesday at 7:30 ET.