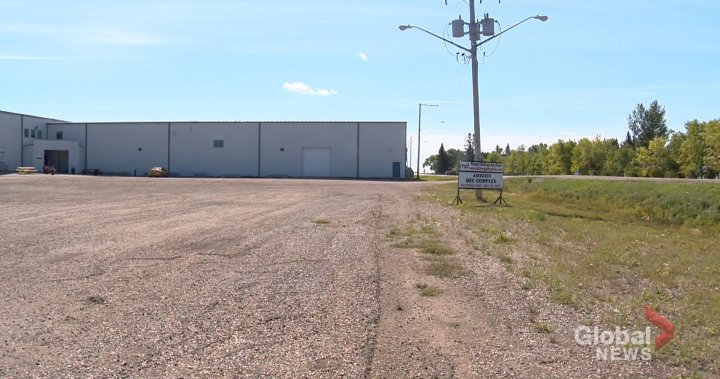 Like most communities across Saskatchewan, the hockey rink and recreation complex in Aberdeen, a small town located 30 minutes north of Saskatoon, serves as the hub of social activity.

But, following a financially crippling 2020 largely due to the COVID-19 health crisis, municipal leaders have made the difficult decision to close the doors on the complex.

“When COVID hit, it makes it pretty hard to operate a community facility when the community can’t gather,” Aberdeen Mayor Ryan White explained. “So, then it made it even harder to make the facility function.”

The lost revenue, coupled with the arena’s need for a new plant to create and make ice — pegged at almost $500,000 –pushed the council to vote to close the facility.

“We’re really only one major breakdown from being forced to close the facility,” White said.

“Right now we have a plant that’s not specifically designed for this facility,” he continued. “Originally the facility was designed with a geothermal system so it could operate very efficiently. We used to have ice 24/7, 365, basically here. But there were issues with it, so they had to discontinue it, and now it’s gone to a more traditional ice cube style, with the cooling towers.”

“But it wasn’t designed for this facility, so, it’s never worked at a 100 per cent efficiency.”

The closure has been tough to stomach for the communities brain trust who approached multiple different avenues in an attempt to raise funds to help keep the space open. They even offered it up to public auction in hopes that someone would partner with the community to bring the facility back to life.

Read more:
New arena in Perdue, Sask. opens more than 3 years after old one burned down

“We were hoping to find a really viable community partner, somebody that would partner with the community, the town, and the rural municipality; somebody who could maybe put some money into infrastructure to help revitalize the facility,” he explained.

“Obviously there was a number in mind and I’m not sure of the number of bids that came in, but, the (bidding) number never met what we needed to get for the facility.”

While hockey and curling are the biggest revenue generators for the facility, the recreation complex houses much more, with spaces for dance and taekwondo classes. However, without the highest revenue tenants using the facility, the cost to keep it open was just too high.

“It’s ‘X’ number of dollars just to turn the lock and the key, right, to have the lights on, and have everything else like that,” White explained. “So, if we can’t have the ice running then we’re in trouble, that’s the big revenue generator.”

1:45
Saskatchewan Junior Hockey League leans on the community for support

In the neighbouring town of Clavet, things aren’t quite as bleak.

Although the pandemic brought the town of 400 its own set of stresses at the arena, the town found ways to keep money rolling in over the past year.

“We were able to stay open an extra month longer than has ever been done,” Clavet Arena President Scott Barr said. “This rink was built in the early ’90s and it’s never been open in April, and we stayed open in April this year.”

Clavet has also experienced its own plant issues, however, they’ve been able to retool and upgrade their unit over the last few years. At the end of August, their completely new unit will fire up for the first time.

“Putting the new plant in, it’s been about a four-to-five-year plan where we’ve been squirreling money away, slowly but surely through the good years, and we were able to do it this year on a down year,” Barr explained.

“Over the four or five years we’ve been chipping away at little bits and pieces, replacing the stuff that needed to be replaced (immediately), or waiting (on the parts that could), but, the final steps just went in today,” he continued.

This fall when the Cougars hit the ice at the Clavet Community Arena, they may have some additional firepower with them, supplied by a few Aberdeen Flames, if that town’s rink doesn’t reopen.

“I have friends that live in Aberdeen and the surrounding communities, whose kids play hockey there, and they’ve been in panic mode trying to find somewhere to come play,” Barr said. “Our minor hockey group has opened its arms to allow some of those kids to come play here, while others are looking at other communities,” he continued.

“We’re a family, we want these kids to succeed, and strive for what they can.”

Even in a tough situation, Aberdeen’s town council continues to be in discussions with the local bank to bring the ice, and complex, back to life.

“They’ve been an amazing community partner,” White said. “They know the history of this rink, and the struggles we’ve had, and I think they’re one of the few banking institutions out there that understands the value of a small-town rink.”

“So, we’re definitely hoping, that through discussions, we can work out a solution and have this rink in town for many years to come.”