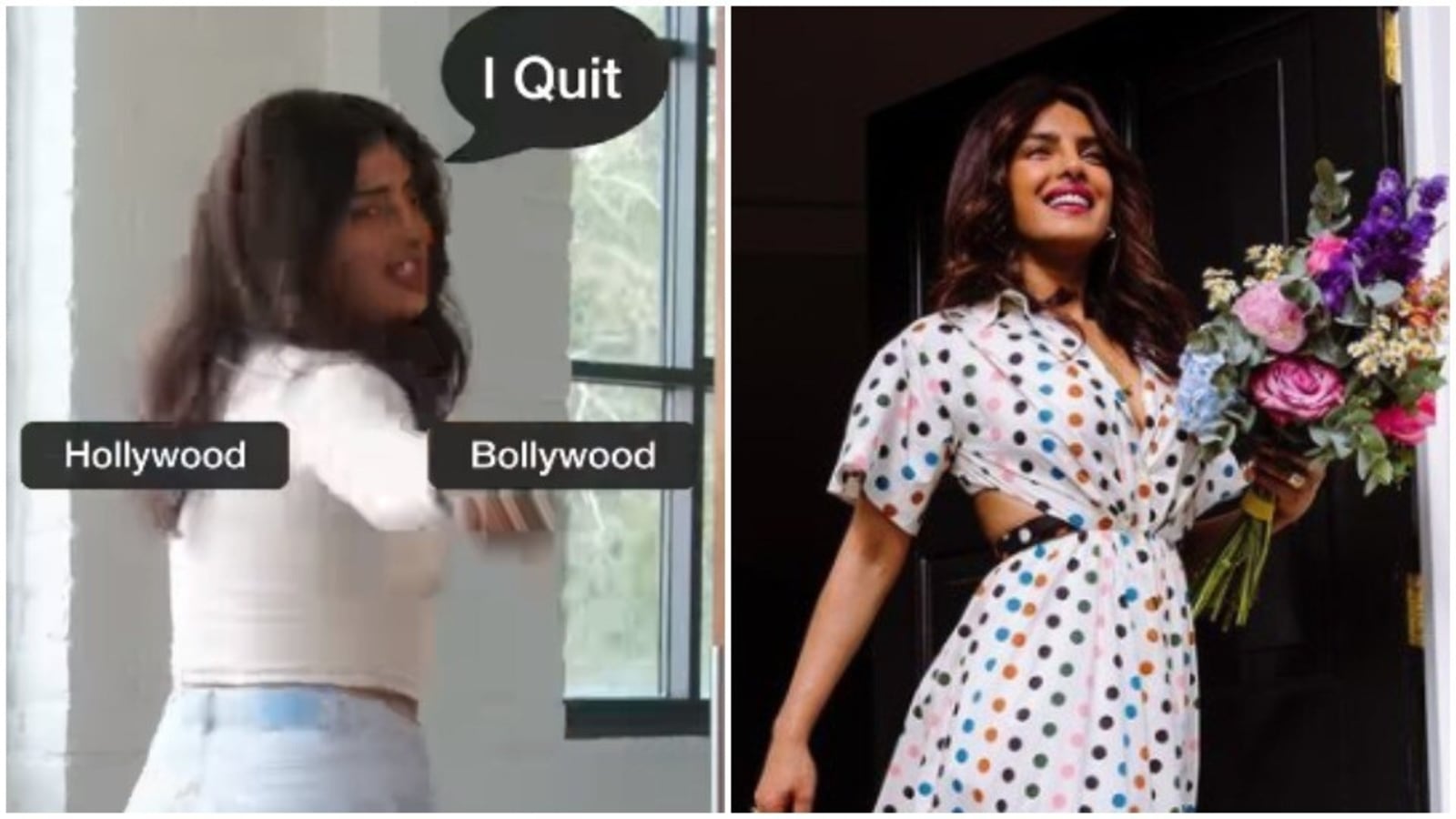 Actor Priyanka Chopra Jonas chose to ‘quit’ the It’s Tricky challenge on Instagram when asked to choose between Bollywood and Hollywood. Taking to Instagram Reels, Priyanka took part in the trend in which people answer questions set to Run-DMC’s song It’s Tricky.

In the video, Priyanka Chopra wore a white crop top paired with blue denim shorts and kept her hair loose. She chose between two options presented on the right and left sides of the screen and danced in the direction of her pick.

Priyanka chose ‘iced coffee’ over ‘hot coffee’, she stood with her arms extended over both the options of ‘hair conditioner’ and ‘hair masks’, she opted for ‘blow dry’ over ‘air dry’, ‘brush’ over ‘comb’, ‘coverage’ over ’embrace grey’, and ‘AM shower’ over ‘PM shower’.

However, when she was asked to pick between ‘Bollywood’ and ‘Hollywood’, Priyanka replied, “I quit”. Captioning the post, she wrote, “Some questions are just better left unanswered (winking face emoji) #ThisorThat @anomalyhaircare.”

The video was shared on her Instagram account a few hours after Priyanka informed he fans she’d been injured while shooting for her upcoming spy series Citadel.

Priyanka on Friday shared a selfie in which her eyebrow had a cut in the middle and her cheek as well forehead were smeared with bloody wounds. Priyanka asked her fans, “What’s real and what’s not?” In the follow-up post, the actor revealed that the scar on her eyebrow is real, while the blood marks on her cheek are fake.

Currently shooting in London, Priyanka had also shared pictures from the sets. Citadel, the Amazon-backed project is being executive produced by the Russo Brothers. Game of Thrones star Richard Madden is also a part of it.

Also Read | Priyanka Chopra gets hurt on the sets of Citadel, shares pics of her wound. See here

Priyanka will also be seen in Text For You, which includes Celine Dion and Sam Heughan in the lead roles. Apart from that, she will also be seen in The Matrix: Resurrections and the recently announced Bollywood film Jee Le Zaraa, which will mark actor-filmmaker Farhan Akhtar’s return as a director.