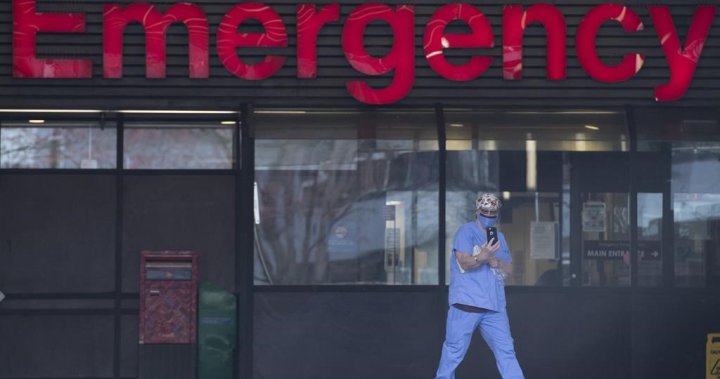 Opponents of B.C.’s incoming “vaccine passport” system are planning to stage protests outside of a trio of the province’s hospitals.

While polls show widespread public support for the measure B.C.’s newly-announced proof of vaccination program, the plan is facing opposition from a small but increasingly vocal group.

Just days after British Columbia said residents will need a vaccine card to access certain non-essential services and activities, some businesses have vowed to defy the mandate.

In just three days, a Facebook group dedicated to maintaining a list of B.C. businesses opposing vaccine cards has attracted more than 85,000 members.

The group has also posted information about a planned protest outside hospitals in Vancouver, Victoria, and Kamloops on Sept. 1.

Dr. Birinder Narang, a family physician, says the idea of protesting vaccine cards outside of a hospital is misplaced, misinformed and potentially harmful.

“Everyone has a right to protest,” he said.

“We live in a democratic society; that is your right as a citizen. But people go to hospitals when they are in very vulnerable states and we need to be mindful of that.

“People already have traumatic experiences going to hospitals, so we should not be tolerant of people disrupting people who are already in these fragile, vulnerable states.”

Narang notes that such protests have been all too common during the pandemic, with a vocal minority first voicing their opposition to wearing masks, then the use of vaccines, and now the implementation of vaccine passports.

He says it’s important to not give protesters too much attention, but notes that protests near a hospital raise the potential for “social and medical disruption.”

“People need to be on standby,” he said.

“A lot of the time these things, we worry that they’re going to be much bigger than they’re actually going to be. But then we just need to be prepared in case there are disruptions there.

A recent poll by Research Co. found 67 per cent of British Columbians say they support the province’s plans for a vaccine passport.

Asked about opposition to the program Friday, B.C. Premier John Horgan said he believes the majority of British Columbians were supportive.

“This is a majority issue. Almost 85 per cent of British Columbians have had a first dose, 75 a second dose, and those British Columbians want to know when they go to a hockey game or the theatre or out for a dinner that the people they’re associating with have taken the same steps to protect themselves and their family,” he said.

“For those who don’t support them, that’s regrettable, but I’m also advised that since the announcement the number of people seeking a first dose has gone up significantly.”

Data released by the province Friday showed that unvaccinated or partially vaccinated people, who make up less than a third of B.C.’s population, accounted for 86 per cent of people hospitalized with COVID-19 in the past two weeks.

— with files from The Canadian Press