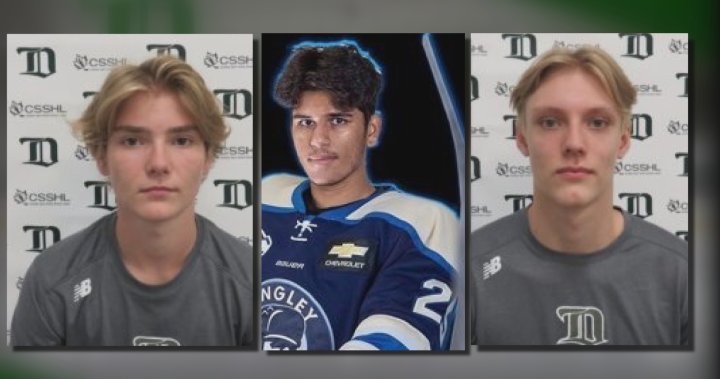 Surrey RCMP say speed was a factor in a crash that killed three teens on Saturday.

The crash, which occurred near 104 Avenue near 160 Street at around 2:45 a.m., claimed the lives of Caleb Reimer, 16, Parker Magnuson, 17, and 16-year-old Ronin Sharma. All three were promising young hockey players with ties to the Delta Hockey Academy.

“Investigators have determined that the vehicle was travelling at a speed significantly greater than the posted speed limit at the time of the collision,” RCMP said in a release issued Friday morning.

An online fundraiser to cover costs for the teens’ funerals has passed the $60,000 mark.

A service for Sharma’s service will be held Saturday morning at 9:30 a.m.

The three teens have been described as close friends who lived for their sport.

“Hockey every day, hockey for everything, always training, eating right, all this stuff just for hockey and to make themselves better people for hockey and for their teammates,” Adriana D’Alessandro, a friend of Sharma’s, told Global News.

RCMP say they continue to investigate, but expect not to release further information about the crash.