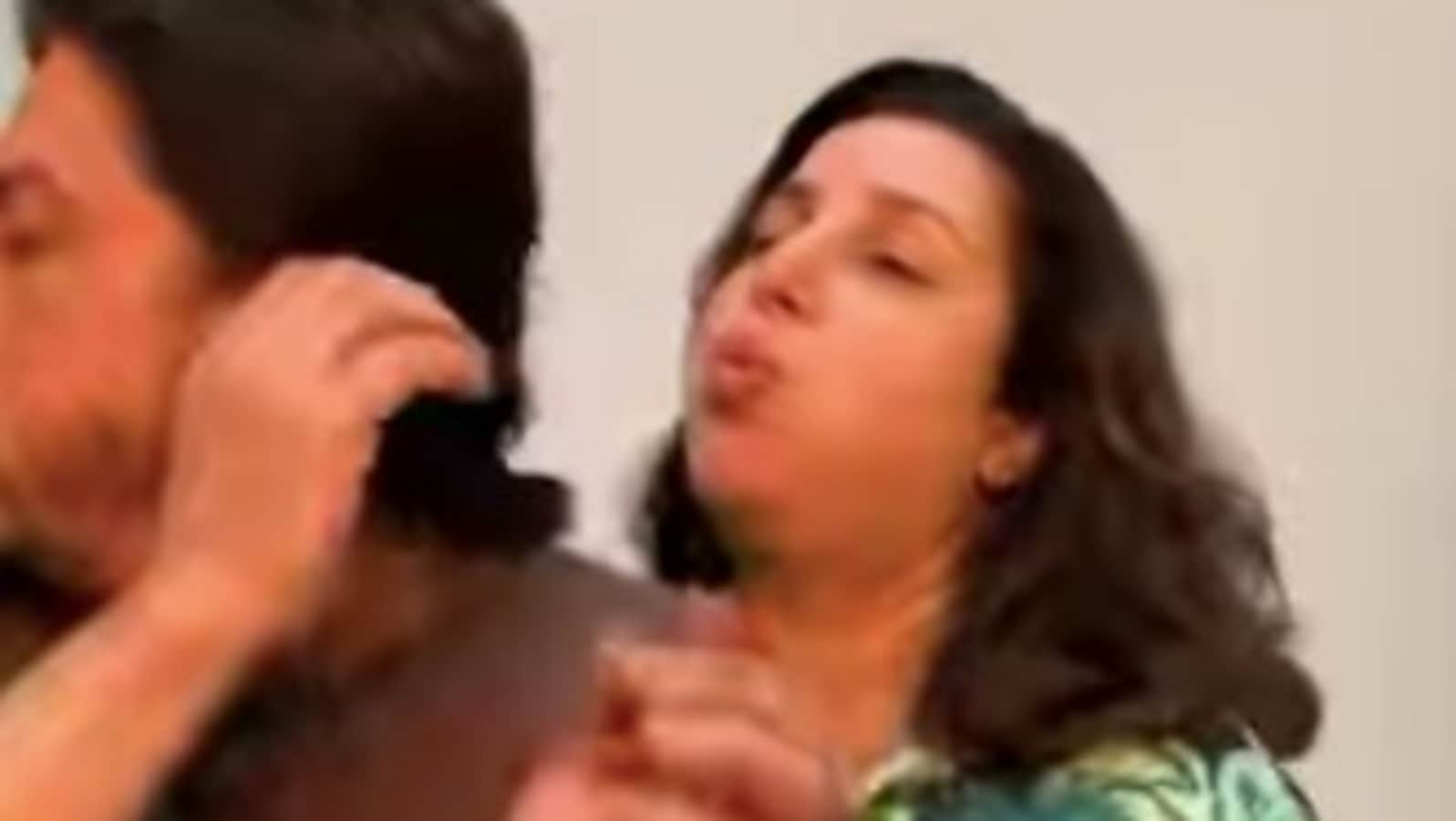 Farah Khan has shared a new video in which she and her longtime creative collaborator, actor Shah Rukh Khan, recreate a song sequence from the film Main Hoon Na. Directed by Farah and starring Shah Rukh in the lead role, Main Hoon Na released in 2004 to critical and commercial success.

Sharing the video on Instagram, Farah Khan wrote in her caption, “With my Most favourite.. one & only @iamsrk there’s No1 like you.. #mainhoonna #farahkefundays.” The video shows Shah Rukh doing an interpretive performance to the song, complete with improvisations like tapping on an imaginary wristwatch and recoiling in mock-horror as Farah approaches his face.

Farah made her directorial debut with Main Hoon Na and reunited with Shah Rukh on Om Shanti Om, which served as the acting debut of Deepika Padukone. The actor-director duo hit a rough patch in their relationship for some time, when Shah Rukh was reportedly involved in a feud with Farah’s husband, Shirish Kunder. During this time, she directed Tees Maar Khan — her least successful film — with Akshay Kumar in the lead.

Also read: Farah Khan reveals the only time in 25 years Shah Rukh Khan didn’t turn up for a shoot

Shah Rukh and Farah subsequently patched up, and he starred in the box office hit Happy New Year, which remains her last film as director. Shah Rukh himself hasn’t appeared in a movie since 2018’s Zero, although he is currently filming his big comeback, Pathan, directed by Siddharth Anand and co-starring Deepika Padukone.