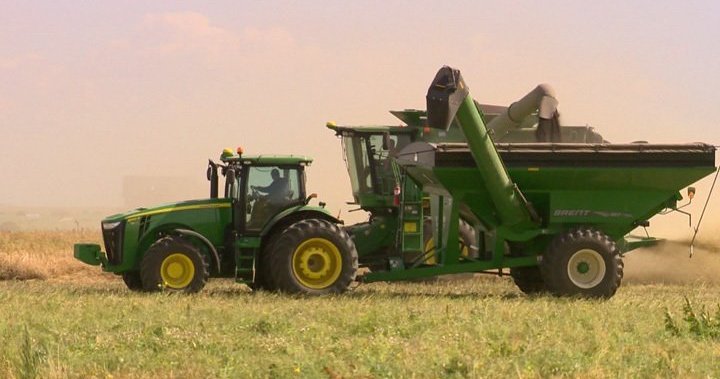 Summer in Saskatchewan has been hot and dry, until recently when rain and cooler temperatures settled in.

With the stark contrast in weather, farmers have harvested 29 per cent of this year’s crop. Up from the five-year average of 12 per cent.

The portions of the province completing the most harvest are the southeast and west.

Sask. Agriculture crops extension specialist Matt Struthers says in a perfect world, an extended period of sunshine would be needed to dry off crops. Recent rainfall, in some areas, has caused the topsoil to be over-saturated.

“What I would like to see happen in the forecast — which is sadly not what they are predicting — is some warm, sunny days to dry the crops up, get the combines in the fields and get this harvest over with as quickly as we can,” Struthers said.

“It’s been a weird harvest year.”

Struthers said even with the rain, much more moisture is needed through fall and winter to rectify the level of drought from this summer.

Struthers says some areas received wicked thunderstorms that had wind, lots of rain and hail. Adding to that is the nighttime temperatures drop.

“One section of the province reported frost earlier this week, it’s way too early for that,” said Struthers.

Struthers said because this year has caused such a bad crop yield from the hot conditions, any damaged crops from storms will probably be used for hay or feed.

According to Environment Canada, the next week is calling rain for the majority of the province in terms of thunderstorms and showers.

For more information on the crop report, visit the Saskatchewan crop report website.