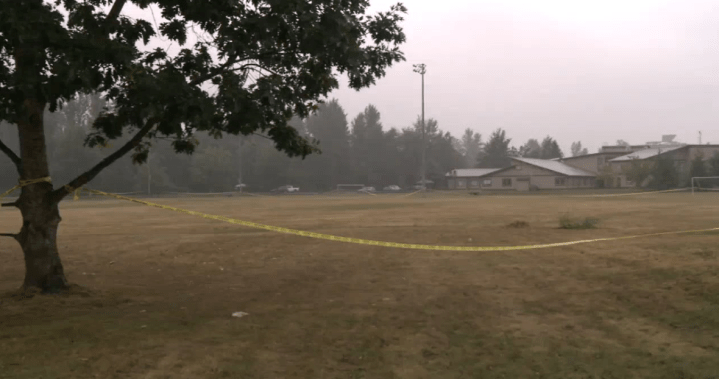 Homicide investigators were deployed to Agassiz, B.C., on Thursday, where a 25-year-old man was found dead in a field.

RCMP officers were called to the field on Chowat Road in the Seabird Island reserve around 7:30 a.m., and called in the Integrated Homicide Investigation Team after determining the death was suspicious.

IHIT said forensic experts were still processing the scene, which it described as a “large outdoor area.”

0:36
Homicide investigators called in after body found in Langley vehicle

“This incident is not believed to be involved in the Lower Mainland gang conflict,” IHIT Sgt. David Lee said in a media release.

“It was an isolated incident and there are no additional safety risks to the public in this matter.”

IHIT said the victim had been identified, but police did not relapse his name.

Investigators said they were working with the Seabird Island Indigenous community.