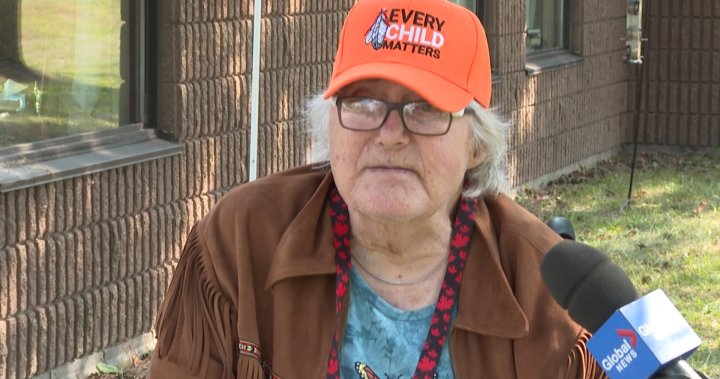 Warning: This story contains details that may disturb readers.

In light of recent attention brought to the terrible legacy of residential schools in Canada, 82-year-old Mohawk elder Harold Johnson is speaking out about the abuse he experienced at the former Huronia Regional Centre in Orillia.

Johnson now lives at Extendicare, a nursing home in Kingston.

To this day, Johnson says he is still wary of care facilities because of the abuse he says he experienced as a child at the now-closed Huronia Regional Centre, an institution for the disabled.

“They whacked us over the head with baseball bats,” Johnson said. “They let me go outside but in handcuffs.”

Johnson says the physical abuse left him with brain damage affecting his speech and carries a decades worth of pain and suffering with him that began when he entered the institution at the age of 8.

The Mohawk elder says just like in residential schools, he was discouraged from speaking his language or showing any ties to his culture.

“They never taught us anything, we taught ourselves how to do stuff the right way,” said Johnson.

Johnson claims he lost friends after they were beaten by staff at the institution.

He says he was denied water while working in the centre’s fields and was forced to scrub the institutions floors with a toothbrush.

Blackstock works to combat racism in hospitals and says she isn’t surprised by Johnson’s story.

“We know that in the constitution there is an Indian Act that still remains in place today, and as a result systemic racism occurs in the educational system as we know with residential schools, and in the health-care system,” said Blackstock.

Blackstock is urging Canadians to continue educating themselves about Indigenous history and calls on politicians to do more.

“Honouring, acknowledging and creating action that not only changes structural racism, but gets rid of structural racism in all points of care and access of Indigenous peoples,” said Blackstock.

The Huronia Regional Centre closed in 2012, and a successful class action suit was filed against the institution on behalf of former patients in 2013.

Johnson says he never received any of the settlement.

Johnson says he plans to continue to speak out about the loss of his childhood until he feels he’s received adequate justice.

The Indian Residential Schools Resolution Health Support Program has a hotline to help residential school survivors and their relatives suffering with trauma invoked by the recall of past abuse. The number is 1-866-925-4419.