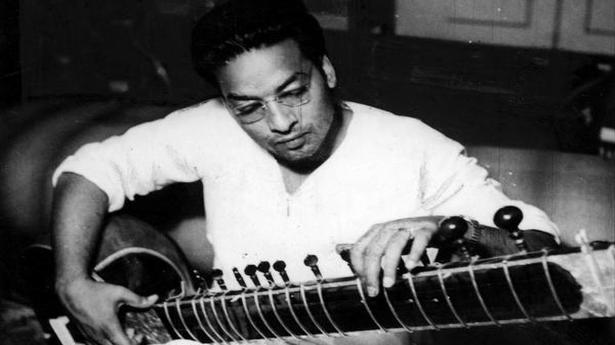 On his 93rd birth anniversary, remembering the sitarist who rose above all the hardship and criticism

August 28 is an important day for Hindustani instrumentalists. On this day, 92 years ago, one of the greatest sitarists of our times, Ustad Vilayat Khan, was born. Since he was born on Janmashtami, the Maharaja of Gauripur, where his father was a court musician for a brief period, named him Kanha Singh.

Vilayat Khan saw difficult times in his childhood, but eventually reached great heights. Despite not accepting any government awards, he was universally acknowledged as ‘Aftab-e-Sitar’ (sun of the sitar), a title given to him by the former President, Fakhruddin Ali Ahmed. Vilayat Khan valued this title immensely. “It was never given to anyone before me, nor will it be given to anyone after me,” he had remarked.

In one of his compositions in raag Gaur Malhar, Vilayat Khan vents his anguish, ‘Kya bhasha un sang karenge, jo baat na jaane; humko woh kya jaane, jo koi na pehchaane’ (in what language can one converse with someone who is ignorant; how can someone who nobody recognises assess me). He ends with an emotional ‘aise log humme samajhaaye’ where he goes up to ‘teep’ sa with a beautiful meend, conveying his frustration musically.

Growing up in a feudal society, when royal patronage was the only means of livelihood for musicians, Vilayat Khan had the finest court manners, but also immense pride and sense of self-worth. In an interview to BBC, he had said, “I am a very principled man”, and he never put up with a perceived slur or slight.

Often described as moody and arrogant, Vilayat Khan had another side to him. Long-time friend Lalita Khanna recalls incidents from his days in Simla in the 1960s that showed the humility and generosity of the man. Her father, Raja Padamjit Singh, had a heart problem and was bedridden. When Vilayat Khan came to know about it, he drove up to Khanna’s house and played raag Des and Tilak Kamod on the sitar, sitting on the floor beside her father’s bed. He explained later, “I knew my music would make him feel better.” Two days later, he went again, this time accompanied by tabla player Mansa Khan.

Organisers used to say he was “difficult” to deal with when it came to money. He insisted on being paid more than any other artiste of his time, and in advance. Artistes of his calibre are not supposed to be so “materialistic”, but what has been forgotten is that when he was in dire need of money and opportunity, he was badly treated by organisers, who paid him miniscule amounts or nothing at all.

Ustad Vilayat Khan with Kishan Maharaj at a concert

Influenced by his style

Many also criticise him for not being generous as a guru; yet some of the finest sitariyas at the time were trained by him; including his brother Ustad Imrat Khan and nephew Ustad Rais Khan (sadly, this was strongly denied by the latter). Pt. Arvind Parikh, his senior-most disciple, has passed on the legacy to the next generation. Shujaat Khan, his son, is a worthy torchbearer. Vilayat Khan’s younger son, the U.S.-based Hidayat Khan, also learnt from him. The influence of his style on an entire generation of instrumentalists, including his contemporary, Carnatic veena vidwan S. Balachander, is undeniable.

Critics have spoken about his limited raag knowledge, yet the vision of the raags he played was startling. Carnatic vocalist Bombay Jayashri once commented that even before he reached the madhyam of raag Aiman/ Kalyani, he would show how much soch (thought) had gone into his music. He often talked about how he visualised the mood a raag represented, the colours it invoked in his mind. For him, a raag was a living entity.

A lot has been said about his technical innovations on the sitar. Some sitar players who envied his popularity attributed his music to the excellence of his instrument. No one who knew him will dispute that he could tune any sitar, even the most imperfect one, so perfectly that it sang for him. And the magic came from his fingers.

Vilayat Khan once said, “I am different as a sitar player only due to my emotions.” For him, unless music had the power to arrest, the power to convey feeling (taaseer), it amounted to nothing. In his words, “You have to play assuming no one in the audience knows anything about your music; you have to play for yourself, and slowly you start listening to your playing and enjoying your own music. That’s when your audience connects with the music.”

In an interview, two years before his death in 2004, he had said, “I am not satisfied. Music is like climbing a never-ending mountain, it’s a constant struggle. [But] I want my next life to be linked with music again.”

How ‘Biryani Durbar’ explores the politics of food