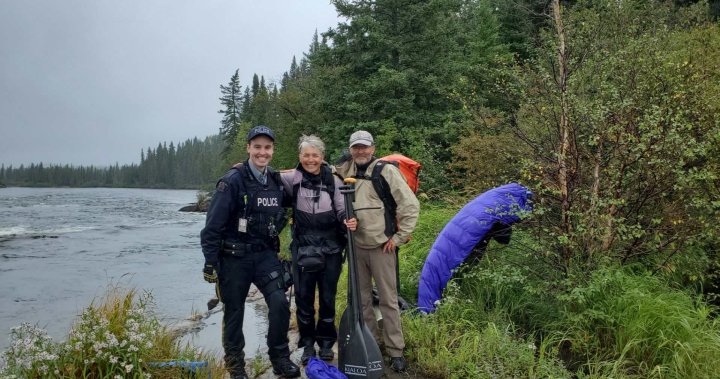 On August 20 at 4:40 pm, RCMP said they received a report from the International Emergency Response Coordination Centre (IERCC) about two stranded canoeists.

The IERCC indicated that it received a GPS distress signal from the couple, a 60-year-old female and a 63-year-old male, who stated that their canoe had been badly damaged and was unusable after attempting to cross a section of rapids on the river.

The two experienced canoeists reported no injuries but were now stranded on the remote riverbank and were awaiting assistance.

The IERCC advised the two that their signal was received and that rescue efforts were underway and would most likely occur the following day.

In coordination with the Thompson Detachment, in the late afternoon of August 21, a floatplane was chartered and attended to the dispatched coordinates where the two canoeists were rescued.

The couple was a bit wet but unharmed.

4:29
Global Give Back: Boomer’s Funny Farm

Global Give Back: Boomer’s Funny Farm