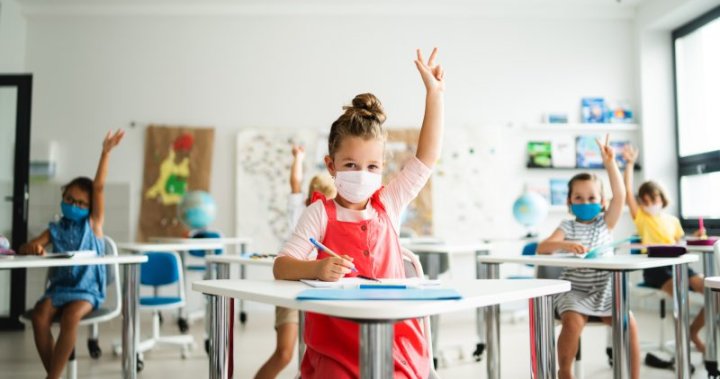 In their Safe Schools Plan the Sask. Party is standing by their recommendation for COVID-19 restrictions to no longer be in place for the 2021-22 school year.

Vaccinations are highly recommended, but won’t be enforced when students head back to class on Sep. 1.

Despite calls from the Saskatchewan Teacher’s Federation (STF) to implement a COVID-19 vaccination mandate, Education Minister Dustin Duncan says “it’s something we are not considering in Saskatchewan.”

In a joint press conference Monday, Sask. NDP leader Ryan Meili and Opposition Education Critic Carla Beck criticized the Sask. Party for not taking a stronger stance to get the fourth wave sweeping across the province under control. They say the Sask. Party has ignored pleas and suggestions from doctors, teacher and their own SHA officials.

“Last week we called for real action for a ‘Safe September’ for our kids as they go back to school. Instead we are going to have a ‘Scott Moe September’. School divisions have been left in the lurch. Our kids deserve better,” said Beck

The Leader of the Official Opposition addressed the Premier directly, asking him to step up for families in this province.

“The fact that we have students heading back to school with no clear plan to keep them safe is the direct result of Scott Moe’s failed leadership. Our hospitals are filling up, outbreaks are again ravaging our care homes and the premier is missing in action” said Meili.

The Sask. Party says it’s working with school divisions and will support whatever decisions are made for this upcoming school year.

“School divisions have also asked for flexibility to be able to locally determine their own plans for their own schools based on their own students, based on things like local vaccination rates, local case counts and other factors as well,” said Duncan.

“School divisions can follow, they can add to those, they can take away from those. But at the end of the day, it’s really the school divisions based on those local circumstances that will make their plans for the upcoming school year, and we’ll support them as they work to make those plans,” Duncan added.

The Sask. Party says the current Safe Schools Plan is subject to change. With the rise of COVID cases, and the uncertainty of the Delta variant, Duncan isn’t worried about school starting on Sept. 1.

All staff, students and visitors to elementary schools will require masks, with the exceptions of anywhere outdoors on school grounds. Masks will also be mandatory for all elementary school transportation. There will be no mask mandate for high school students and staff, but mask-wearing is strongly recommended.

Both divisions say their plans expanded from the provincial government back-to-school recommendations.