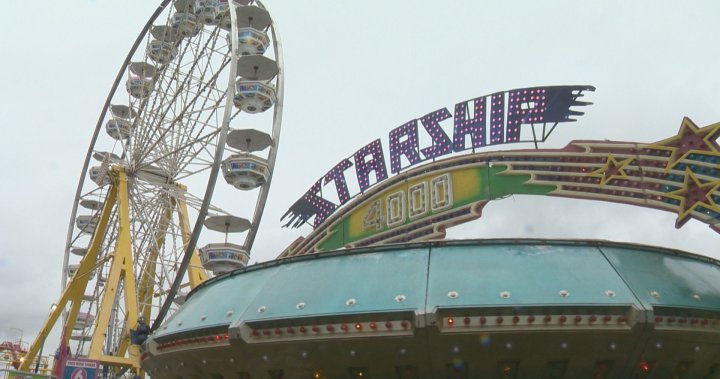 Kristen McLeod’s 10-year-old daughter, her daughter’s friend and her husband were at the Queen City Ex on Saturday and it’s something the family had been looking forward to for a while.

But, then shortly after buying admission tickets and only going on two rides, their eyes began to water and sting profusely as someone unexpectedly sprayed bear mace into the crowd.

McLeod said her daughter’s legs also became very itchy, and she even felt nauseous as she breathed in the spray.

“At that point, the people around them kind of started panicking, the girls came off that ride and they were crying and he said he wasn’t sure what was happening, it took everyone kind of a few minutes to establish that,” said McLeod.

In a statement, the Regina police service says, “a group of youths appeared to have issue with another group of youths, next to a ride on the midway.

“One of the youth’s apparently sprayed bear mace into the crowd and it was not known who the intended victims were,” the statement goes on to say.

McLeod says at first she felt angry, but then after calming down, realized the underlying emotion she was feeling was “fear.”

“You know, fear that something worse could have happened, you fear ‘are my kids now going to be more afraid to go to things like this?’ She certainly is now, what happens when school starts?” asked McLeod.

“She’s lived in a world with a lot of fear around COVID for a while,” she added.

The mom says she hopes her daughter won’t start feeling anxious about going to large public events after the incident.

Mcleod’s family is not the only one that walked away with a negative experience. Several other residents took to social media to voice their frustrations about the incident, with some asking why they didn’t see police nearby.

Read more:
The Queen City Exhibition is in full swing

“To anyone that questions whether we have security or anything like that, we absolutely have a large contingent of police, private and our own security,” said Mark Rathwell, communication manager with the Regina Exhibition Association Limited (REAL).

“Cause we want everyone that comes to the fair to have a good time and feel safe,” Rathwell said.

Rathwell adds that the ex is looking into whether additional security or officers on the premise may be needed in the future, however he said he could not say much about the matter at this time, since it’s an ongoing investigation.

RPS says two young individuals were arrested and are facing charges of assault with a weapon, possession of a weapon for a purpose dangerous to public peace, and mischief.

McLeod says she’s also now worried about the youth involved and what could have driven them to act in such a careless way.

She adds incidents like this need to be adequately addressed by all community members — not just police — so that they are less likely to occur again.