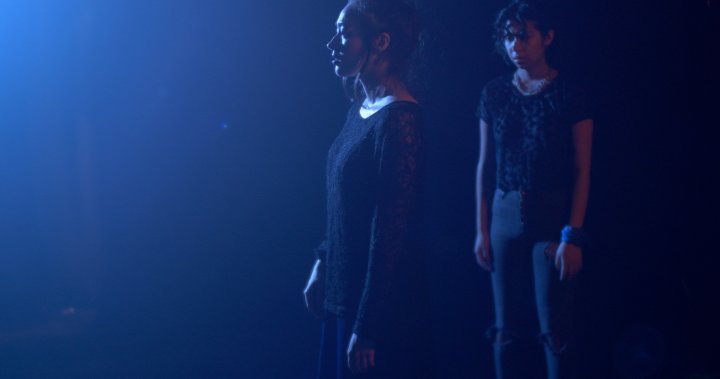 Midtwenties Theatre Society is thrilled to present the world premiere of their first digital original theatre production, Persephone Mara, from Thursday, September 9, to Sunday, September 19, 2021, at the 2021 Vancouver Fringe Festival. Themes of memory, mistakes, and medical gaslighting are explored in this cinema-play about two adolescents that decide to escape from the world around them, by none other than locking themselves away in an old projector room at a Cinematheque. Written, produced, and directed by Midtwenties Theatre’s Beau Han Bridge, Persephone Mara features performances by Roni Marcelo (Roses Creature, As You Like It) as Persephone, and Maria Yanagisawa (Virgo Rising, Two Modern Noh Plays by Yukio Mishima) as Mara. Persephone Mara is Beau’s first digital cinema-play and was adapted from his original play “Persephone’s Cave”, which premiered two years ago at the 2019 Frigid Festival in New York, NY.