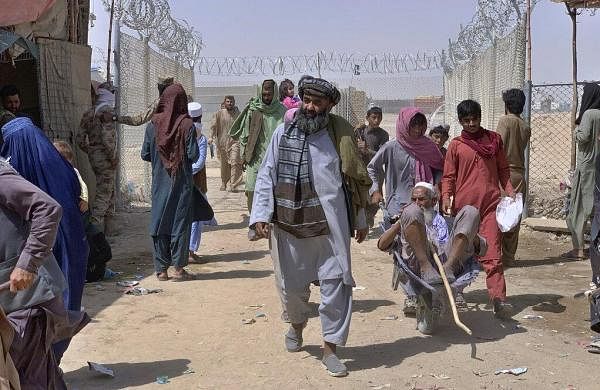 BENGALURU: The US troop withdrawal from Afghanistan and the fall of Kabul in less than a week is reshaping geopolitics with the regional players coming together as one block against the USA – their common adversary.

While the rest of the countries, who have a diplomatic presence in Afghanistan, are evacuating their staff and closing down their missions, four neighbours of Afghanistan — Pakistan, China, Russia and Iran — have decided to stay put giving “regional consensus” to the Taliban.

Pakistan played a crucial role in rendering Kabul to the Taliban and is now demanding their pound of flesh from the Taliban in leveraging their hold in the region.

“Islamabad would like to have someone in Kabul, who listens to them. It was for no reason that special envoy Zalmay Khalilzad included Islamabad for Doha talks; to ensure that the militants on the ground backed by Pakistan listen to those on the negotiating table in Qatar,” said Professor and Dean, School of Conflict and Security Studies, National Institute of Advanced Studies (NIAS), Dr Suba Chandran. Pakistan’s Foreign Minister Shah Mahmood Qureshi on Friday announced that Pakistan will play a “positive role” in the government formation in Afghanistan.

Pakistan should watch out for TTP, says expert

Chandran, however, warned that Pakistan will have to watch out for Tehreek-e-Taliban Pakistan (TTP), which owes allegiance to the Afghan Taliban. The TTP’s main objectives include implementing Sharia law, fighting the US and NATO forces in Afghanistan, and engaging in jihad against the Pakistani Army. China hosted the top Taliban leadership last month in Tianjin and is likely to be in a position to seek their cooperation for protecting Beijing’s interests in Afghanistan and the isolation of Uighur separatists in Xinjiang in the north-west bordering Afghanistan.

China shares a 76-km-long border with Afghanistan. “The Taliban have repeatedly expressed their hope to develop good relations with China, and that they look forward to China’s participation in the reconstruction and development of Afghanistan,” foreign ministry spokeswoman Hua Chunying told reporters a day after Kabul fell to the Taliban on August 15. Moscow is ready to work with the Taliban, said Russian Foreign Minister Sergei Lavrov on August 19, but added that the group does not control the entire country yet. Shortly after the Taliban took over Afghanistan, Russia’s Ambassador to Afghanistan Dmitry Zhirnov had praised the Taliban’s conduct.

His comments were in contrast to 1992 when the Taliban had come to power in Afghanistan and Moscow had struggled to evacuate their embassy. Iran – a Shia state – is in ideological conflict with Sunni Taliban, but is willing to sink its differences with a common foe, the US, in mind. It is a known fact that Tehran has viewed American military presence in Afghanistan as part of a plan to keep a close eye on Iran. President Ebrahim Rasi wasted no time in celebrating US military “defeat” in Afghanistan.

“Iran shares a 900-kilometre border with Afghanistan and may be keen to achieve peaceful coexistence with the Sunni Taliban, largely to ensure its own interests, of stopping the influx of Afghan refugees and contraband drugs through its borders and stemming of sectarian violence, which the region is prone to,” said Chandran.