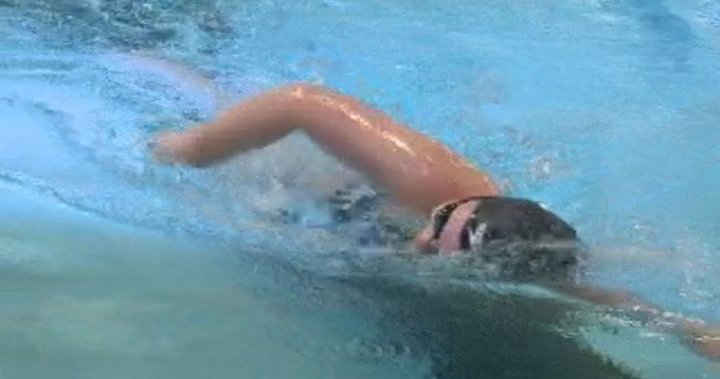 A Saskatoon swimmer with gold medal hopes is among the latest group of athletes preparing to take centre stage in Tokyo.

Shelby Newkirk is part of the Canadian contingent set to compete in the Paralympic Games, which open on August 24.

It’s been a long time coming for the 25-year-old, who trains with the Saskatoon Lasers Swim Club.

“These past five years it’s all been focused on Tokyo, focused on that date and just working towards it, and the fact that now after so long, it’s finally within arm’s reach…it’s just starting to feel real,” she said.

Newkirk has set world records in the pool, is a two-time Canadian female para swimmer of the year and owns a silver medal from the 2019 World Para Swimming Championships.

The latter accomplishment, which came in the 100-metre backstroke S7, earned her a nomination to the Canadian Paralympic Committee to represent the country in Tokyo.

Now at long last, she can officially call herself a Paralympian.

“When I was younger, my dad went to China during the Beijing Olympics, or around then, and he brought me back this little mascot stuffy from the Olympics and one from the Paralympics. I just thought it was so cool,” Newkirk said.

“Such a big, global event that everybody knows about, that people watch all over the world. Just to be able to be on the biggest stage and it’s a multi-sport event, you get to be in the village, all these different things and it’s something I’ve dreamed about for so long.”

Living with a neurological disorder called dystonia, which causes her muscles to contract involuntarily, Newkirk has faced her share of challenges and given that the condition is progressive, having the Tokyo Games postponed by a year due to the coronavirus pandemic meant she had to work that much harder to maintain her competitive edge.

The pandemic also limited Newkirk’s opportunities to race against many of her closest competitors from around the world.

Despite those challenges, she still believes in her medal potential.

“The progression is inevitable so I do whatever I can to keep myself in the best shape and keep whatever movement and whatever skills I still have and going into Tokyo I’m going to give it my all, no matter what,” she said.

“She’s the most positive person I’ve ever met in my life. So, (on a) bad day I come in and look at her, because she has many, many, many bad days and still smiles. People have no idea all the stuff that she goes through,” he said.

While the past year was a struggle at times for Newkirk as her dystonia continued to progress, Kramer says the swimmer turned a corner in the spring.

“For about three months, her swimming was really off. It’s like she has two brains, the other brain takes control and everything’s off, nothing’s working right. But since April, knowing that the (Canadian) team was selected, her body, she’s now excited. I think the two brains are working together,” he said.

“Every week, she’s (been) getting better, which is perfect.”

Through all the struggles, Newkirk’s vision of winning Paralympic gold has remained in sharp focus.

“Being able to sit on that podium and have the Canadian flag behind me and hear the anthem, I think that would just be so amazing, and really be able to show that all this hard work that I’ve put in throughout the years, that I was able to put it into the water and just really show what I can do,” she said.

And while she’s already a champion in the eyes of many, having the hardware to match would leave no doubt.