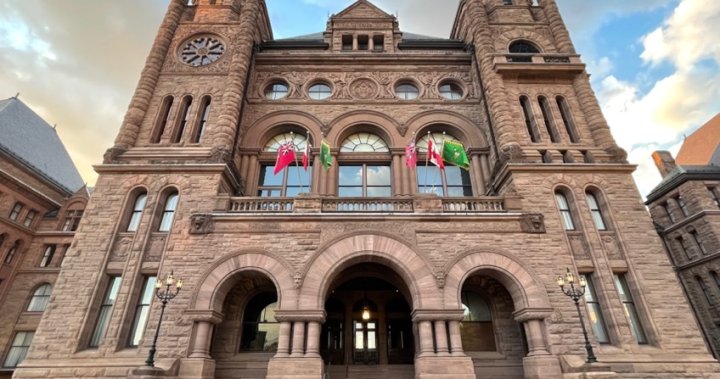 TORONTO — The Ontario New Democrats want a former Tory legislator who was booted from caucus for refusing to get the COVID-19 vaccine to be replaced as deputy speaker at Queen’s Park.

Opposition house leader Peggy Sattler wrote to her government counterpart on Friday asking for a meeting to discuss “next steps” to replace Rick Nicholls.

Nicholls was removed from the governing Progressive Conservatives’ caucus Thursday after being told to get the shots or show proof of a medical exemption.

Premier Doug Ford says he expects all Progressive Conservative members and candidates to get vaccinated, and that Nicholls did not provide a legitimate reason for not doing so.

Nicholls, who represents Chatham-Kent-Leamington, told reporters he did not take the vaccine for “personal reasons” and maintained he wouldn’t be “coerced” into getting the shot.

At a brief news conference on Thursday, Nicholls noted that his decision might result in the loss of his deputy speaker title.

Sattler asked Government House Leader Paul Calandra to call a meeting with house leaders of all parties to talk about replacing Nicholls “in light of the events of the last week.”

She also asked for the meeting to discuss COVID-19 protocols, including “conversations confirming a mandatory vaccine policy.”

2:51
Doug Ford says PC caucus members must get vaccinated or get kicked out

“It is imperative that we work together to ensure the safety of all Legislative Assembly staff and members, and that work begin immediately,” she wrote.

Calandra’s office did not immediately respond to a request for comment.

As of Friday afternoon, Nicholls was listed as an independent member on the legislative assembly’s website. But deputy speaker was still named as one of his parliamentary roles.

Liberal Leader Steven Del Duca also called earlier this week for a mandatory vaccination policy for elected members of the provincial legislature, and asked for “clear protocols” for unvaccinated staff and visitors.

Read more:
2 Ontario PC MPPs given until Thursday to get COVID-19 vaccine or face caucus removal

Ford had previously said he wouldn’t make vaccination mandatory for workers — although he is personally fully vaccinated against COVID-19 — because he considers it a constitutional right to refuse the vaccine.

But on Thursday he said elected officials “must rightfully be held to a higher standard” and “lead by example” on vaccination.

Unvaccinated Scarborough Centre representative Christina Mitas was permitted to remain in the Tory caucus because Ford said she provided a medical exemption statement from a physician.

His office did not provide details on what medical exemptions to vaccination were considered acceptable for caucus members.

Vaccination policies for several high-risk sectors were announced over the last week in Ontario.

Workers in hospitals, ambulance services and other health jobs, as well as in schools and daycares, will need to get vaccinated or regularly take COVID-19 tests, the province said.

But some agencies and employers, including provincial transit agency Metrolinx, said their policies wouldn’t allow testing as an alternative to getting the shots.

Nearly 82 per cent of the eligible population in Ontario had received at least one COVID-19 vaccine dose as of Friday.