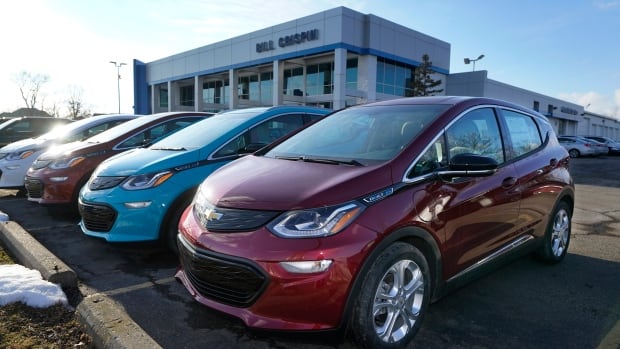 General Motors says it has expanded a recall of its Chevy Bolt electric vehicles to include all model years because of a risk the battery cells could catch fire.

The company says that in rare cases, two manufacturing defects in the battery cells create a risk of fire.

It warns that owners should limit charging to 90 per cent of battery capacity, park vehicles outside immediately after charging and not leave vehicles charging indoors overnight.

The Detroit-based automaker said it will replace the battery modules in all the affected vehicles at an expected cost of about $1 billion US.

The company initially issued a recall in November after getting reports that five of the vehicles had caught fire. Two people suffered smoke inhalation and a house was set ablaze.