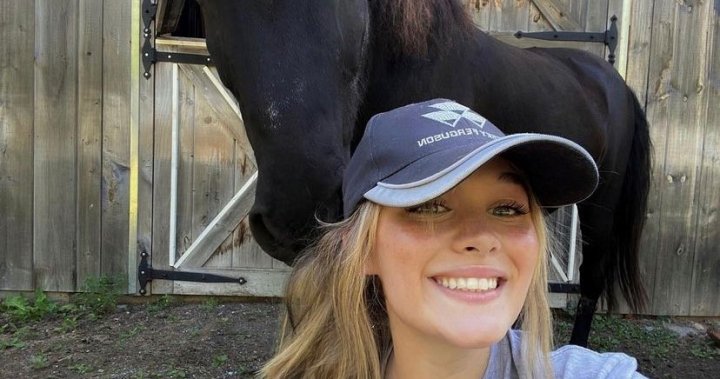 An Ontario teen living with Cystic Fibrosis and her mother are hoping to shine a light on the urgent need for a potentially life-saving drug to be immediately funded in the province.

Vanstone has been in and out of hospital as her condition deteriorates.

“Madi has been on Kalydeco for like nine years now, which has just been an amazing drug. However, recently she’s been stumbling a little bit and is in desperate need of Trikafta as per her clinicians,” Beth Vanstone, Madi’s mother, said.

In June, Health Canada approved Trikafta for people with Cystic Fibrosis who are 12 or older and have at least one F508del mutation, the most common CF-causing mutation.

Cystic Fibrosis Canada called on provincial and territorial governments to adopt the latest standardized care guidelines and speed up access for patients who need Trikafta, which it described as a “triple-combination and highly impactful disease-modifying therapy for almost all with Cystic Fibrosis.”

Wallenburg said Trikafta is a “miracle drug” that he believes could have saved his own daughter had it existed before she died of Cystic Fibrosis back in 2014.

After Health Canada’s approval, the Canadian Agency for Drugs and Technologies in Health (CADTH) issued a draft recommendation to provinces that advised the governments to list Trikafta on drug formularies, but with pricing and clinical conditions.

“The draft recommendation for Trikafta came back and said, ‘Yes, we recommend you fund it but only for people who have 90 per cent or less lung function,’” Wallenburg said.

“We certainly responded to that … to say, ‘No, we disagree.’”

Under the criteria set out by CADTH, Madi may be sick, but as her mother explained, not sick enough to access the drug.

“We can’t afford to lose any more patients to CF when there is a drug like this available,” Beth said.

Meanwhile, Madi said she feels herself “slipping back” to the way she used to feel.

“I’m finding myself getting a lot of lung infections I find myself losing a lot of energy and I’m not who I was when I first started Kalydeco,” she said.

The Vanstones said they hope Deputy Premier and Ontario Minister of Health Christine Elliott will approve Trikafta and have it funded without CADTH’s recommendations.

“We would like the provinces to listen to their own CF experts. These are the clinicians who treat their patients with Cystic Fibrosis,” Wallenburg said.

“We would like each of the ministers of health in each of the provinces and the premiers to commit to funding Trikafta to the recommendations as supported by our CF clinicians which are in accordance with Health Canada’s approval for Trikafta.”

Bill Campbell, a spokesperson for the Ontario Ministry of Health, responded to the concerns in a statement to Global News on Friday.

“Ontario recognizes that the Cystic Fibrosis community is anxious for access to new and effective treatments such as Trikafta,” he wrote.

“As with all drug product reviews, CADTH’s review of Trikafta and draft recommendation is based on the best evidence available and includes consideration of patient input and stakeholder feedback.”