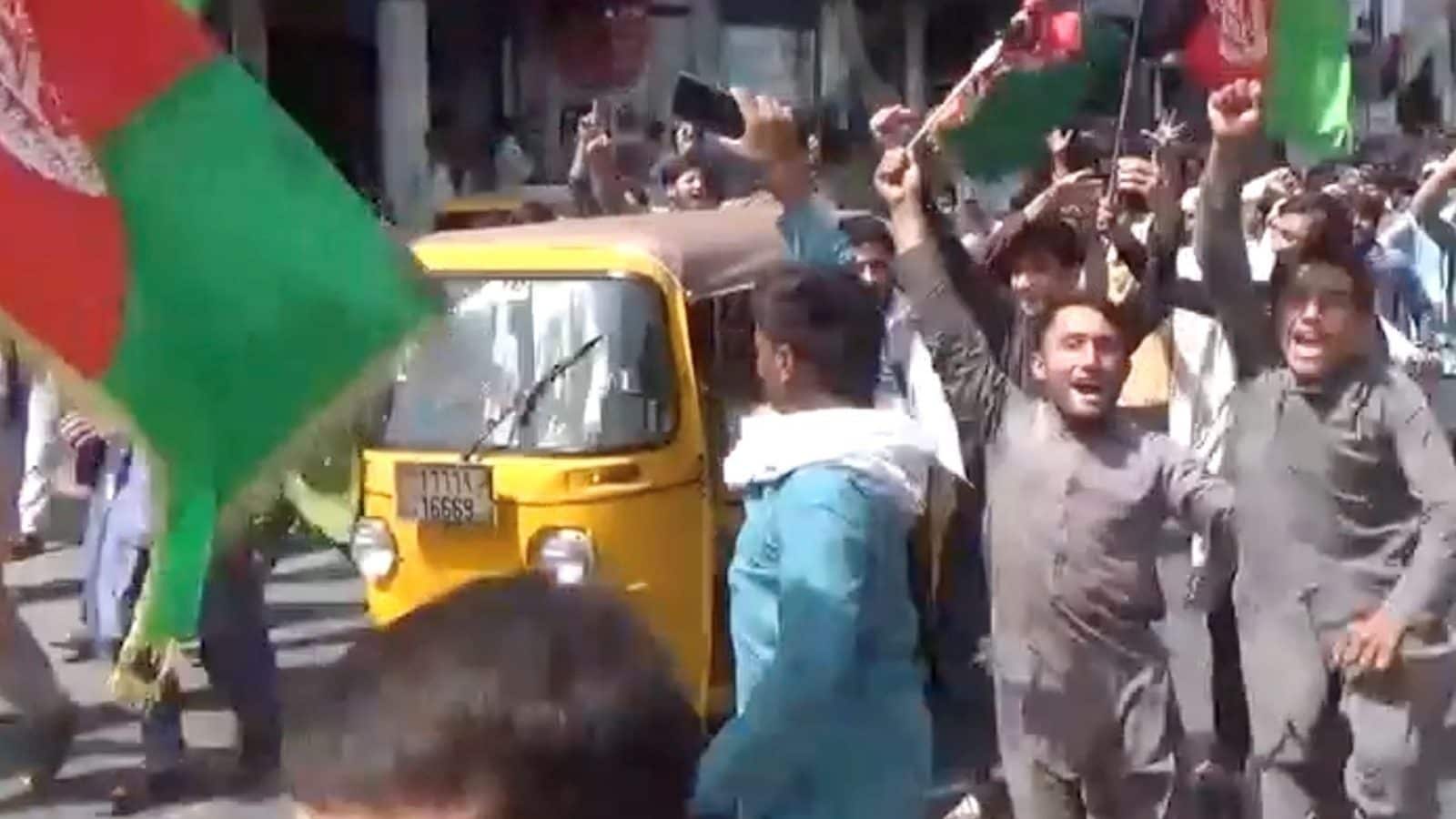 People carry Afghan flags as they take part in an anti-Taliban protest in Jalalabad, Afghanistan August 18, 2021 in this screen grab taken from a video. (Image: Pajhwok Afghan News/Handout via REUTERS)

The militants were conducting a house-to-house search for the journalist, who now works in Germany, DW said Thursday.

Taliban fighters in Afghanistan have shot and killed a relative of a Deutsche Welle journalist while hunting for him, the German public broadcaster said.

The militants were conducting a house-to-house search for the journalist, who now works in Germany, DW said Thursday. The second relative was seriously wounded but others were able to escape, it said, without giving details of the incident.

“It is evident that the Taliban are already carrying out organized searches for journalists, both in Kabul and in the provinces. We are running out of time!” The Taliban had raided the homes of at least three other DW journalists, the broadcaster said.

DW and other German media organisations have called on the German government to take swift action to help their Afghan staff. After taking Kabul, the Taliban launched a public relations blitz promising media freedom and a pardon for all their opponents.

However, a confidential UN document seen by AFP says they are intensifying their search for people who worked with US and NATO forces.