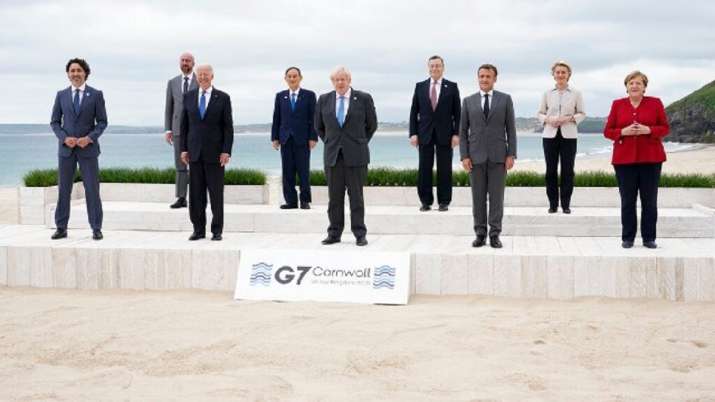 The G7 ministers on Thursday underlined the importance of the Taliban holding to their commitments to ensure the protection of civilians and expressed their concerns by reports of violent reprisals in parts of Afghanistan, UK Foreign Secretary Dominic Raab said in a statement on Thursday.

Raad chaired a call of G7 Foreign and Development Ministers from Canada, France, Germany, Italy, Japan and the United States of America, as well as the High Representative of the European Union to discuss the deteriorating situation in Afghanistan.

G7 Ministers stated that the crisis in Afghanistan requires an international response including intensive engagement on the critical questions facing Afghanistan and the region: with the Afghans most affected, parties to the conflict, the UN Security Council, the G20, international donors, and with Afghanistan’s regional neighbours.

Raab also said that the G7 called for the Taliban to guarantee safe passage to foreign nationals and Afghans wanting to leave and are doing everything possible to evacuate vulnerable persons from Kabul airport.

Afghanistan’s future is hanging in balance as the country’s government collapsed on Sunday soon after president Ashraf Ghani fled Kabul. The Taliban entered the presidential palace in the Afghan capital on Sunday and declared its victory over the government.

Efforts are being made to maintain stability in Afghanistan. However, thousands of people are rushing to the airport to flee the nation as they are afraid of the terror group’s brutal atrocities in the nation.

G7 ministers have also vowed to engage with partners in the coming days and weeks to seek to secure an inclusive political settlement, enable life-saving humanitarian assistance and support in Afghanistan and the region, and prevent any further loss of life in Afghanistan and to the international community from terrorism.