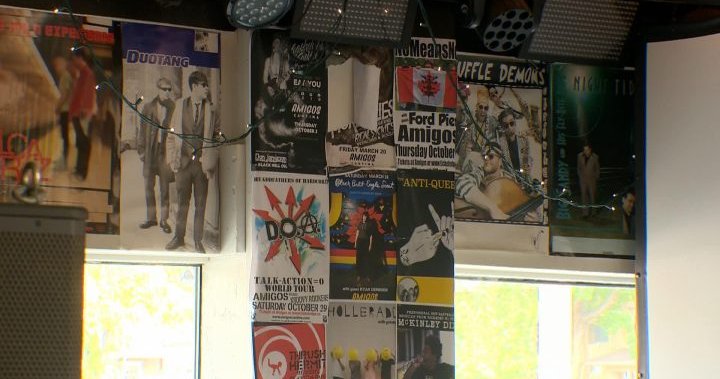 The owner said it has been months since a live performance was held in the 300-person venue.

All fans, staff and artists must be fully vaccinated against COVID-19 (at least two weeks after the second dose) and provide proof of vaccination.

But that is about to change with several shows in place for the fall, and attendees will have to show proof that they’ve received both COVID-19 vaccines.

“We just thought the time is now. Hopefully it doesn’t have to last for long but we don’t know for sure,” owner Jim Clarke said.

On top of having both vaccines, he said anyone who is looking to attend a show also has to wait two weeks after their second dose.

Vaccine passports are being used in other provinces and one University of Saskatchewan epidemiologist thinks it’s something the Saskatchewan government should consider.

The Saskatchewan Chamber of Commerce said businesses across the province are torn on the issue.

It conducted a survey that found 43 per cent of entrepreneurs think it should be mandatory for people to have proof of a COVID-19 vaccine to enter brick-and-mortar storefronts and public spaces.

Alternatively, 41 per cent don’t think it should be in place.

“The reality of it is these are conversations that are happening. They’re important conversations and we’ll share the information with government (ministers). But at this point in time, the best course of action is the one that we’re on,” chief executive officer Steve McLellan said.

About a quarter of the chamber’s membership responded to the survey which was conducted last week and released on Aug. 17.

Read more:
Provinces divided on making use of COVID-19 vaccine passports. Here’s why

Clarke noted the decision his venue has made is meant to protect staff and to limit the spread of COVID-19.

“You don’t want to go to a show and then wake up the next morning and go, ‘Oh, I might have put myself in danger,’” he added.

The provincial government has said it isn’t looking at a vaccine passport, but it is creating a vaccine record which people can use to show they have been immunized.