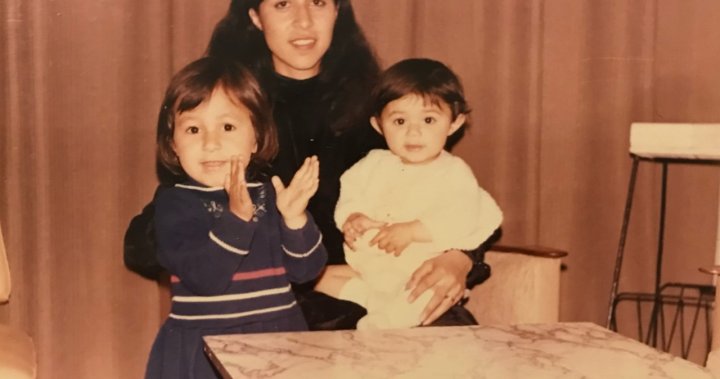 The bleak reality of the Taliban taking control of Afghanistan and forcing thousands to flee is impacting the mental and emotional health of an Afghan-Canadian family living in Kingston.

“It is devastating. I’m telling you, in the past two weeks, like lunch time, dinner time — we are listening to the news,” said Abeda Ghiacy, as she sat beside her middle child, Humaira Ghiacy.

Ghiacy fled Afghanistan and came to Canada in the late 1990s, when the Taliban first tightened their grip on the country.

The extremist organization quickly took military control of more than 40 per cent of the country, but in 2001, the Taliban was ousted from leadership when the war on terror began following the Sept. 11 attacks.

Read more:
The Taliban control Afghanistan once more. How did we get here and what comes next?

Now, just over two decades later, the Taliban has once again overtaken the country. As Ghiacy watches the scenes playing out in Afghanistan, she worries for her friends and family back home.

Her cousin in Kabul says the Taliban have barricaded the airport, and there are about 15,000 people lined up trying to escape.

Food and water at the airport is said to have run out.

Parents are also a huge concern for Ghiacy.

“Especially the ones that have girls and women at home, because they are forcing them to marry the Taliban if they are young,” said the mother.

The Taliban is known to rule with an iron fist, especially towards women and children, stripping them of their rights and keeping them out of school.

Read more:
‘We need your solidarity’: What the Taliban takeover means for Afghanistan’s women and girls

“The Taliban is saying that everybody go back to school and work, but there is that fea, that it is a façade,” said Humaira Ghiacy.

Madeliene Tarasick, the co-founder of the Kingston chapter of Canadians for Women in Afghanistan, says that Canadian and American forces could have taken more precautions to avoid such disaster on grounds.

“Even such things as enabling vulnerable people to leave the country in a more orderly fashion, instead of the chaos that ensued at the airports,” explained Tarasick.

A huge question remains, though: What can we as outsiders looking in do to help? While the Ghiacy family says things are unfolding too fast to answer that just yet, they do share one major suggestion.

“In terms of support from our Kingstonian community members, it is to continue to increase awareness about Afghanistan, about what’s going on, and what has been going on,” said Humaira Ghiacy.

Another request from the family is for people to contact their federal government representatives, to ask them to increase humanitarian efforts on the grounds, especially bringing more people into Canada.