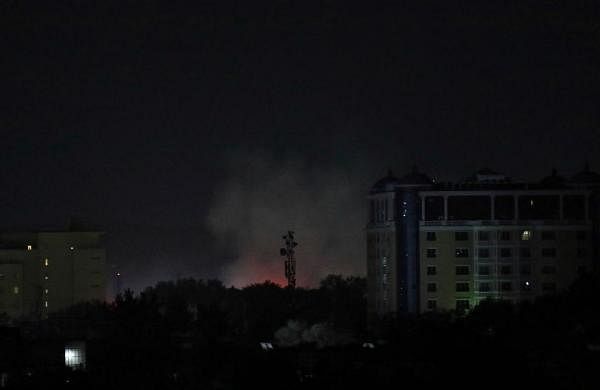 KABUL: Two powerful explosions were reported late on Sunday near the US embassy and Afghan presidential palace in Kabul, Sputnik reported.

The panic has gripped Kabul on Sunday as Taliban terrorists have started arriving in the city, inmates broke out of the main prison on the east side of the city. Afghanistan’s government has collapsed with President Ashraf Ghani’s fleeing the country and the Taliban’s entry into the capital, the New York Times reported.

Meanwhile, Afghanistan former President Hamid Karzai along with Abdullah Abdullah and former Mujahideen leader Gulbuddin Hekmatyar have formed a Coordination Council in order to prevent chaos and manage affairs related to a peaceful transfer of power.

Taliban spokesman Zabihullah Mujahid on Sunday said that Taliban terrorists have been asked to enter the capital city of Kabul. Mujahid, in an interview with Tolo News, also said that the security situation will remain under control in the city.