50 years of Mammootty: Why the superstar shows no signs of slowing down 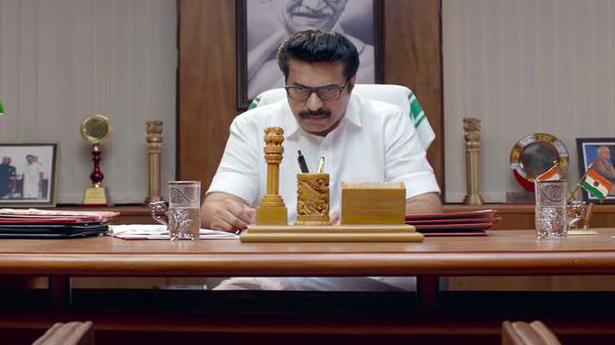 The popular Malayalam actor’s career reflects the importance of being earnest, as he continues to work hard and evolve, even after 50 years in the industry

Fifty years of shining bright on the silver screen has not dimmed the lustre of Mammootty, aka Muhammad Kutty Panaparambil Ismail. On August 6, 1971, Mammootty, then a lanky student of Maharaja’s College in Kochi, made his debut as an actor in a blink-and-miss appearance in film director KG Sethumadhavan’s Anubhavangal Paalichakal.

Mammootty reappeared on the screen in 1980 in a small role in Vilkkanundu Swapnangal (Dreams for Sale), written by MT Vasudevan Nair and directed by Azad.

It was the late IV Sasi’s movies, many written by T Damodaran and MT Vasudevan Nair, that catapulted Mammootty into a superstar. Seema, Sasi’s wife, who acted with Mammootty in several blockbusters, recalls meeting him on the set of Sphodanam in 1981. “I liked his confidence and wondered who he was. I was told he was a newcomer called Mammootty. I went across and met him and told him that I liked the way he carried himself,” she says.

She recalls complimenting her husband for casting him in Trishna (1981). Seema and Mammootty worked in classics such as Anubandham, Aaalkoottathil Thaniye, Adiyozhukkukal, Aksharangal etc. all scripted by Jnanapith winner MT Vasudevan Nair. “Recently, I saw One, his latest release. I called up Sulu, Mammootty’s wife, and told her how much I enjoyed the film. Sulu continues to be a good friend and we keep in touch,” says Seema.

One of Mammotty’s early characters to get noticed was that of police officer named Jacob Eraly in KG George’s masterpiece Yavanika. Jalaja, who played the lead in the film, talks about a serious actor who used to drive down from Kochi every day to the sets of Yavanika in Thiruvananthapuram as he was shooting simultaneously for two films. “Most of Mammootty’s scenes were in the night where he was shown questioning the suspects. His dedication towards his work was evident. Even then he was getting a number of roles.”

In the meantime, Mammootty and director Joshiy struck a golden partnership that produced many of his mega hits, beginning with Aarathri (1983) and films that covered different genres such as New Delhi, Nirakootu, Shyama, Nair Saab, No.20 Madras Mail and Kuttettan.

When the actor was at his busiest, he got a call from auteur Adoor Gopalakrishnan for Anantharam (1987). “It was not the lead and I told him that. But it hardly mattered to him. He came up with a superb act. Then he played the lead in Mathilukal (written by Vaikom Mohammed Basher), for which he won his first National award for Best Actor (along with Hariharan’s Oru Vadakkan Veeragatha). He told me that he considered himself fortunate to play the role of Basheer while the writer was still there,” says Adoor.

Vidheyan, the third film that Adoor and Mammootty teamed up, bagged the actor his second National award for Best Actor. “It was an anti-hero role. As soon as I called Mammootty, he said ‘yes’. He asked if he could read the screenplay. Mammootty is the only actor in my films who has read a screenplay of mine before the film began. The film required him to cut his hair short. I was right there to ensure that his hair was cropped almost to his scalp,” says Adoor.

Praising his discipline, Adoor says the halo of a ‘star’ was nowhere visible when Mammootty faced the camera. “Even at his peak as a superstar, here was an actor who was keen on doing offbeat films and enjoyed pushing himself to breathe life into his role,” adds the auteur.

During the Eighties and Nineties, Mammootty worked in several back-to-back films under the helmsmanship of PG Viswambharan, J Sasikumar, Padmarajan, Lohitadas and so on. Mammootty has also worked with Bharathan, KG George, Sibi Malayil, Shaji N Karun, Lohitadas and Shyamaprasad with equal felicity. He also went on to act in Tamil, Telugu, Kannada, Hindi and an English film on Dr Ambedkar.

Mammootty’s family dramas, a favourite of his fans, saw him personify patriarchal family values that came to be identified with several of his characters in films such as Vatsalyam, Arayannegalude Veedu, Valyettan, Chronic Bachelor and scores of similar films.

Film director Ranjith, another filmmaker who gave Mammootty some of his memorable roles in the recent past, says the veteran is someone who never lets seniority stand in the way of making a good film. Pranchiyettan & The Saint, Paleri Manikyam: Oru Pathirakolapathakathinte Katha, Puthen Panam and more were some of the duo’s films that worked at the box office. “Mammootty has this talent to speak different dialects in Malayalam and I doubt if there is anyone in the industry who has done so many with such perfection,” says Ranjith.

He recounts fondly how the actor worked without any remuneration in Kaiyoppu because he liked the character and how Mammootty told him he would co-produce Pranchiyettan… when Ranjith told him he was producing the film under his banner.

Ranjith believes Mammootty is that rare actor who is willing to work with people who think out of the box. He has no qualms in reaching out to anyone, who he hears, is doing an interesting film. “In fact, he notices the crew on the set and the minute he sees someone with promise, he asks them when they plan to write or direct and to keep in touch with him,” says Ranjith.

“It was Mammookka who made me a director. I was the cinematographer of Ranjith’s Mammootty-starrer Black and was set to return to Mumbai where I was working. Once the film was over, out of the blue, Mammookka told me to call him when I have a project to direct,” says Amal, whose first film with him was Big B.

Bheeshmaparvam, Mammootty’s new film for release, is also directed by Amal and Big B is scheduled to have a sequel. Amal says although Big B was panned initially, it became a cult classic among a new generation of film-goers. “Unlike previous films of the actor, there was almost no melodramatic speeches. His role was that of a cold man who spoke few words and he did it so well,” adds Amal.

Showing no signs of slowing down, Mammootty is busy listening to scripts and working. A strict diet and a fitness regimen have ensured that the 69-year-old actor looks younger than many of his juniors in the industry. The tech-crazy actor has always kept himself abreast of technology in cinema. A keen photographer, Adoor has talked about his excellent photographic skills. Also well known is his craze for automobiles of which he has a huge collection.

As 2021 confines cinema largely to OTT platforms, Mammootty has been waiting in the wings for reopening of theatres to enliven the big screen again with his characters.

Virat Kohli left many surprised on Thursday evening when he announced his decision to quit the T20I captaincy after the conclusion of the...
Read more
World

The news a Langley family has been waiting for, a manslaughter charge has now been laid in connection to the death of Carson...
Read more
Related news
Sport

Virat Kohli left many surprised on Thursday evening when he announced his decision to quit the T20I captaincy after the conclusion of the...
Read more
World