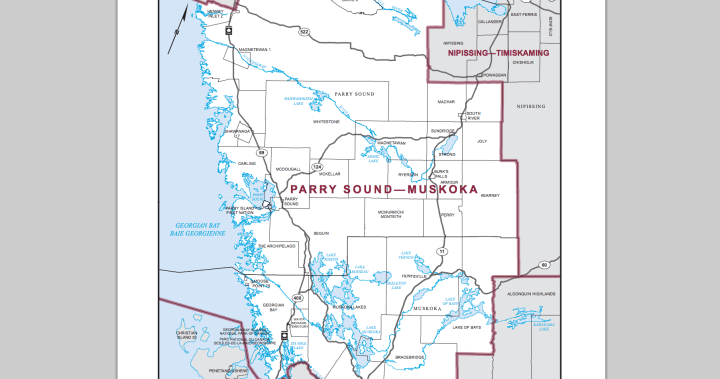 The Parry Sound–Muskoka riding encompasses the districts of Muskoka and Parry Sound, Ont., except for Callander, Powassan and the Township of Nipissing. It borders Simcoe North, Haliburton–Kawartha Lakes–Brock, Nipissing–Timiskaming and Nickel Belt.

Conservative Party incumbent candidate Scott Aitchison won the riding in 2019 with 41.8 per cent of the vote. The Liberal Party’s Trisha Cowie came in second with 16,615 votes, with Gord Miller from the Green Party coming in third.

The riding started off voting Liberal when it was first represented in 1949 and then again in 1953.

Since then, the area has mostly voted Conservative, with the party holding the seat between 1957 and 1993. In 1993, the Liberals took control of the Parry Sound–Muskoka riding until 2006, when Tony Clement took over for the Conservatives.