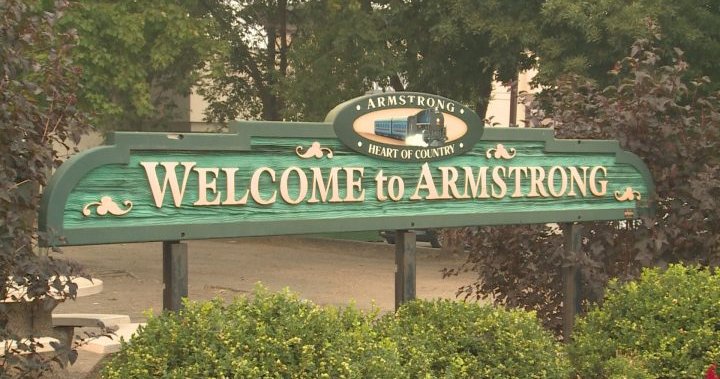 Residents in Armstrong are preparing themselves as the White Rock Lake wildfire is expected to grow substantially in the next 24 hours, with winds are forecasted to hit up to 60 km/hour.

“I got to admit it’s concerning. We’ll hope for the best and plan for the worst,” said resident Kip Bateman.

“It’s definitely nerve-wracking for sure, especially that I have family here,” said resident Melissa Wright.

“But, I think we have a good team that’s out there fighting and we have a good local department. I’m not overly concerned but there is a level of fear.”

B.C. Public Safety Minister Mike Farnworth has asked travellers to stay away from Armstrong, Spallumcheen, the Okanagan Indian Band, Enderby and parts of the North Okanagan in case thousands of residents are forced to evacuate.

Armstrong residents said that is a message they support.

“I thought it was a good thing with everything going on with COVID and the fires,” said Bateman.

“I think we have to look after ourselves first and foremost.”

“We’re on the brink of another evacuation order, and I feel like visitors need to go,” said Wright.

“We don’t have the space and we already have enough evacuees as it is.”

Officials are saying the next 48 hours will be critical for the White Rock Lake wildfire which is still around 58,000 hectares in size.

Heavy smoke in the area has limited aerial attacks and has made it difficult to gauge how much the fire has grown as well.