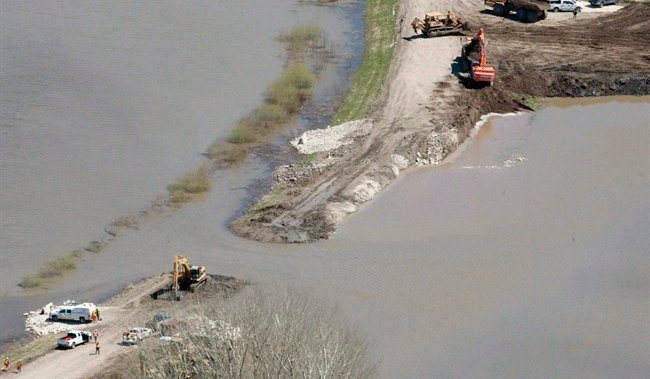 They say they’re allocating more than $146.5 million, the bulk of which — $115 million — will fund substantial improvements to Brandon’s water treatment facility.

The City of Brandon is also helping fund the planned expansion and other upgrades that include a new membrane treatment facility along with new intake, yard piping and a settling pond, a federal news release said Friday.

The City of Thompson is receiving just over 17 kilometres of new pipes: 13.8 kilometres of water pipes and more than 3.3 kilometres of wastewater pipes. The rehabilitation will cost around $47 million between three levels of government, which includes support from Thompson.

Dikes in St. Adolphe and St. Agathe will also undergo riverbank stabilization along with being raised to protect surrounding communities from one in 200-year flood events.

Funding will also support Assiniboine River rehabilitation, the Falcon Lake Dam, flood protection in Emerson, the Portage Diversion, the rehabilitation of the Shellmouth Dam, improving the resilience of Oak Lake and its dyke system against drought and floods, and the Wanipigow Dam.

The federal government says its funding, which comes from the green infrastructure stream of the Investing in Canada Plan, is conditional pending consultations with Indigenous groups and environmental assessment requirements.

0:40
Feds, province team up for work on improving quality of Lake Winnipeg

Feds, province team up for work on improving quality of Lake Winnipeg