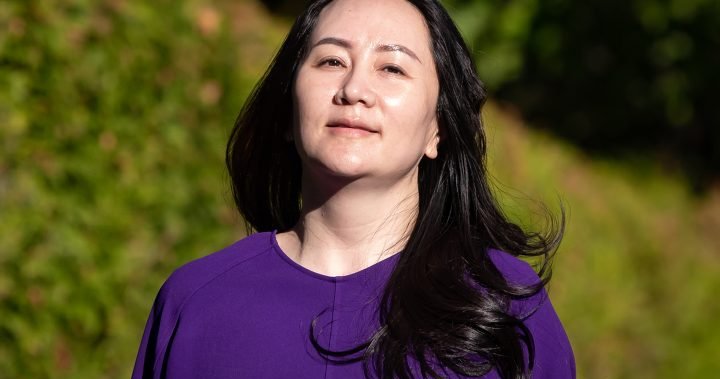 The United States has presented a “fatally flawed” case against Meng Wanzhou that is riddled with evidentiary gaps and doesn’t meet the threshold for extradition, one of the Huawei executive’s lawyers said Friday.

Eric Gottardi began the defence team’s response in B.C. Supreme Court to a request by the United States that the senior Chinese telecom executive be extradited to face charges of fraud in a New York court.

Meng is accused of misrepresenting Huawei’s relationship with tech equipment company Skycom in a 2013 presentation to HSBC, putting the bank at risk of violating U.S. sanctions against Iran.

But Gottardi told the judge that the United States, which is represented by lawyers for Canada’s attorney general in court, failed to make clear exactly how Meng’s actions amount to fraud.

Both Meng and Huawei deny the charges.

“The alleged deception is ambiguous at best and the risk of economic loss to the alleged victim, HSBC, is wholly illusory,” Gottardi told the judge.

“One of the things that makes this case so unusual is the difficulty in pinning down exactly what risk is alleged by the requesting state to form the basis of the fraud.”

Canadians Michael Kovrig and Michael Spavor were arrested days after Meng in what has widely been seen as retaliation, and Prime Minister Justin Trudeau has pledged to continue fighting for their release.

On Friday, Meng’s team of star lawyers took aim at government lawyers’ claims that Meng’s presentation was an artful and intentional effort to distance Huawei from Skycom and reassure the bank that it was protected from any sanction-related risk.

Frater told the court HSBC was entitled to honest and forthright information about its clients in order to make decisions about the financial services it offered but was denied that right by Meng’s deception. As a result, he said HSBC suffered risks of deprivation — a fundamental element of fraud — that included possible financial loss, reputational damage and penalties.

Gottardi rejected that characterization and accused Frater of presenting “vague and shifting theories” about the risks the bank faced.

Instead, he said Meng’s presentation was entirely factual and there is not a “scintilla” of evidence linking it to any decision HSBC made that might have put it at risk of civil or criminal liability.

Frank Addario, another of Meng’s lawyers, said that the United States record of the case, upon which Canada relied to arrest Meng, contains “zero evidence” that either Skycom or Huawei violated sanctions.

Court documents from the defence say Skycom made payments from its Chinese bank account to British firm Networkers’ HSBC U.K. bank account, and HSBC cleared those payments through a U.S. subsidiary.

If HSBC violated sanctions by clearing payments through the United States, that was on the bank and not on Meng, the lawyers argued.

“It is not an offence to send non-related payments from a bank in China to a bank in the U.K., which is all that Skycom did. It was HSBC’s choice how to clear the payments,” Gottardi said.

Eight years after the presentation, the risk of prosecution or civil penalty for HSBC has not materialized, he added.

The court has heard that an extradition case is not a trial, and the role of the judge is limited to determining whether the requesting state has presented enough evidence to support a case for a possible finding of guilt.

Government lawyers have repeatedly warned Associate Chief Justice Heather Holmes that she would go beyond her job description if she began weighing competing inferences, which falls in the jurisdiction of a trial.

But Gottardi also told Holmes her job goes beyond rubber-stamping the extradition request and she’s responsible for determining whether enough evidence has been presented to support a plausible case against Meng.

“Evidentiary sufficiency cannot be assessed in the abstract.”