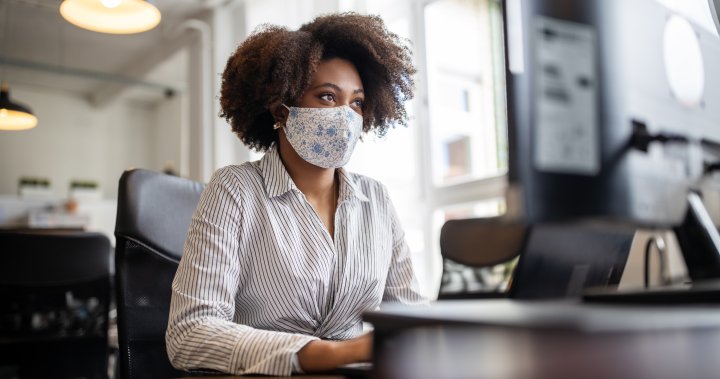 A new Statistics Canada report says one in four women were the target of inappropriate communication, sexually explicit materials, sexual suggestions or unwanted touching in the workplace in the year leading up to the pandemic. For men, it was one in six.

Many respondents also reported never having received information from their employer on how to report this kind of behaviour — around a third of female respondents and a quarter of male respondents — something Tory McNally with Winnipeg’s Legacy Bowes group said she finds shocking since all workplaces are guided by anti-harassment and discrimination laws.

“I think that it’s discouraging that … (many) employees aren’t even aware of their rights under respectful workplace policies,” McNally, who serves as the company’s director of human resources, told CJOB.

She said workers are protected under the Occupational Health and Safety Act, even if employers like mom-and-pop shops don’t have formal policies. There are ways to tell people their rights, even for smaller businesses that can’t necessarily dedicate money and time to formal workshops as large companies can, she said.

“I think that people are experiencing it in the workplace, but they either don’t know the process to get help or they’re scared that there’ll be ramifications to their career if they do speak up that … will cause them to be branded wrong,” McNally said. “I think that people have to realize that the law really is on their side and that they really can speak up and that there’s processes to deal with these things.”

“That’s the only way to make the workplace better is to put your hand up and say, ‘This is happening, and it has to stop.’”

McNally said in most cases, telling the person who’s bothering you — with the help of a support person if necessary — can usually resolve the issue informally.

The Statistics Canada study also suggests the “inappropriate sexualized behaviours” reported by women were usually coming from men, as well as more common among women who worked in industries historically dominated by men, such as equipment operation, trades and transportation-related jobs.

“Now, women are moving into some of those trades and trucking and some of those areas, and so, those cultures actually have to change and shift … the way that they talk and joke,” McNally said, adding that these workplace cultures will continue to shift as women forge new boundaries.

The study also suggests these behaviours and gender-based discrimination were more prevalent among LGBTQ2 workers, people living with disabilities along with young people.