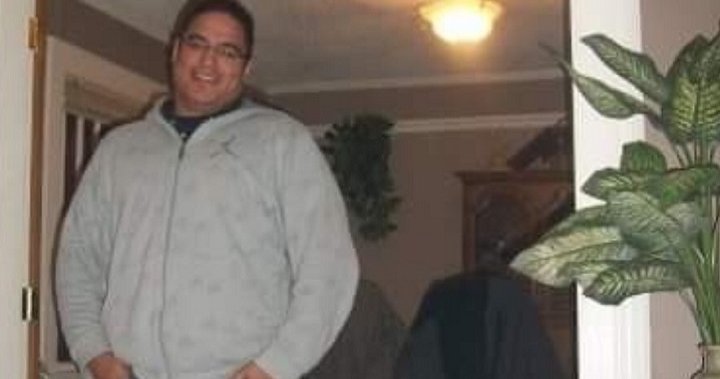 The jury responsible for the inquest into a 2019 police-involved shooting death released a list of recommendations Wednesday.

Following two-and-a-half days of testimony from police officers and other witnesses, and nearly four hours of deliberation, the five-member jury determined that 41-year-old Geoffrey Morris died May 4, 2019 at 7:21 a.m. from a gunshot wound to the head.

The manner of death was determined to be suicide (by police shooting).

The jury also released a list of recommended actions that they believe will help prevent similar deaths in the future. They were written as follows:

1  – Make it mandatory that a psychologist arrives with a crisis negotiation team; create a list of on-call psychologists; have crisis teams wear bodycams and have audio recording devices on a lanyard or in a holster and make a formal policy to always use a full team complement

3 – Have an emergency list of elders willing to attend, in person or via digital communications; have the Regina Police Service change and review their training to allow for training annually, specific to mental health crisis intervention, de-escalation strategies, crisis intervention, and addiction/psychosis strategies and have these training options formalized with certifications

4 – That RPS have earpieces as part of uniform kit and develop strategies to bring public awareness about mental health options like mental health warrant.

Morris died on May 4, 2019, in what police called a hostage situation involving his fiancé.

The inquest began Monday at the Atlas Hotel in Regina.

The purpose of the inquest is to determine how, where, when and by what means Morris died. It is also meant to inform the public about the circumstances of the death.

While there are jury members selected for the inquest, their role is not to find legal responsibility, but rather come up with recommendations on how to prevent similar deadly outcomes in the future.

In making their determinations, the jury reviewed the answers to the questions posed during the inquest by coroner and police lawyers as well as certain physical exhibits.

Coroner’s Regulations dictate that manner of death must be listed as either natural, accident, suicide, homicide or undetermined.

Through the first two days of the inquest, the jury heard from several police officers who were witness to the shooting, including the officers first to arrive on-scene, crisis negotiators and the officer who fired the fatal shot.

Morris’ fiancé and her sister were scheduled to testify Wednesday but chose not to.

Instead, coroner counsel Robin Ritter submitted two police interview transcript’s from May 4, 2019 for the jury to consider.

His fiancé’s transcript begins with the interviewing officer informing her that Morris had passed away, before asking her to “walk them through” what happened.

The transcript notes her crying as she describes Morris, whom she says she began seeing in 2015, as being “really depressed,” suicidal and suffering from PTSD in the days leading up to his death.

She added that being behind on bills and dealing with the threat of eviction contributed to a stressful environment for Morris and herself. She said they had lived in the apartment since 2017.

She told the officer that an argument over her “Facebook” had begun the evening before Morris died, that he then left and eventually “came back drunk” on the morning of May 4. She described an argument and physical altercation occurring, during which Morris obtained knives and told her that he would kill her if police arrived.

She said the police arrived shortly later, and began negotiating with Morris who had pulled her to a couch and was sitting with his legs wrapped around her.

She said, though, that despite the negotiation attempts she was sure that “he knew what he wanted to do” and that “he was always talking bout suicide.”

She described Morris telling her he loved her, talking about their son and praying while RPS crisis negotiators attempted to speak with him. She said he asked for a cigarette, but that nobody had a lighter. She said one of the negotiators said she would get one, but that Morris “got angry,” and “was kinda like standing up and getting angry for a lighter.”

She said it was at that point that he was shot.

The officer asked her if she thinks Morris would have ended up harming her, to which she said “I don’t know. I really don’t know.”

She went on to tell the officer that Morris didn’t have much family support which she said contributed to his depression.

She said he “fell into the gang life” but was “telling everyone he wanted to go back to work.”

The officer also asked if Morris had ever attempted suicide.

She responded yes, and said that a couple of months before his death Morris overdosed in a bathroom and also talked about suicide at other times.

In the fiancé’s sister’s interview she describes going to the apartment after one of her nephews, who was in the apartment, contacted her saying “they’re fighting.”

She said she went to the apartment, was allowed in via intercom, and saw Morris following his fiancé with a knife. She describes trying to intervene until police arrived and escorted her out of the apartment.

The transcript also notes that she was injured by a door as police entered the apartment and required stitches.

Morris’ fiancé’s sister also described him as being suicidal, saying in the past he had “threatened to kill both himself and [his fiancé] in a car accident.”

During Crowe’s interview she was joined by Morris’s fiancé, who at one point told her “that the negotiators made it worse” and were “making Geoff more angry.”

Staff Sergeant Guy Criddle testified that he was having coffee with Sergeant Todd Jerome before his shift on May 4, 2019. He received a radio call requesting the support of a sergeant at 1927 Halifax Street for an incident he recalled being described as a “hostage situation.”

Both officers went to the residence.

When they arrived, Criddle says he was informed of Morris’ identity at which point he said “my perception changed a little bit. I was a little bit more concerned.”

“Gang members are synonymous with violence. So I was quite concerned with that — not necessarily that Geoff himself was violent but him being a member of a gang heightened my awareness of the situation,” Criddle continued.

Criddle said multiple times during questioning that he believed lethal force to be the only option to end the incident.

He said “less lethal” options like tasers, a shotgun, a rappel team or a ladder team were considered but that we was afraid the outcome of those tactics might not be controllable enough to keep Morris’ fiancé safe.

He says that eventually he approached another officer in the apartment who was armed with a carbine rifle, and told the officer that it was now up to him to make the decision to shoot Morris.

“In considering any tactical response, we have to do a risk assessment. The threat was imminent. We had no other options. It wasn’t a decision that was easily made,” he said.

“I’ve said it a million times. I believed he was going to kill Jasmine.”

When asked for his opinion on the outcome of the day, Criddle decribed it as “tragic.” “But I think we saved Jasmine’s life.”

At one point Ritter asked Criddle if he thought having an Elder present would have helped de-escalate the situation.

“It definitely would have helped. Absolutely,” Criddle responded.

Sergeant Jerome, who was the officer-in-command on scene, also testified Wednesday.

Ritter asked Jerome is he had any ideas on how the situation could have been resolved without the use of lethal force.

“When I first got there we pulled out some of the officers. I really can’t think of anything else we could have done to help the situation.”

Andreea Nistor, a forensic pathologist with the Saskatchewan Coroner’s Service who conducted an autopsy on Morris, also testified Wednesday morning.

At the conslusion of proceedings, inquest coroner Brent Gough shared his condolences with Morris’ family, many members of whom were present in the inquest room and gave questions to Ritter to be asked of witnesses.

“I can tell you it is extremely difficult for families. It’s a circumstance none of us want to find ourselves in. But I can tell you that your participation has helped the jury, helped us, see a new perspective.”

For a directory of support services in your area, visit the Canadian Association for Suicide Prevention.

Learn more about how to help someone in crisis on the government of Canada’s website.