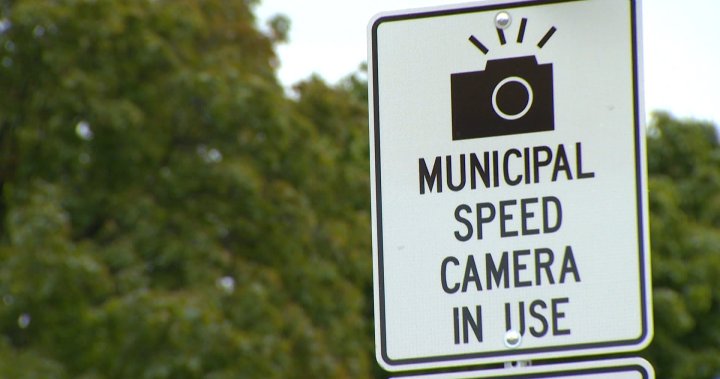 As Kingston gets ready to launch red light cameras at a handful of accident-prone intersections next year, the city is also thinking of adding other cameras on the streets to catch speeders.

A staff report presented to council at its August meeting Tuesday recommends studying certain zones in the city that could qualify under the province’s new automated speed enforcement program — also known as photo radar — identifying the operational costs and then reporting the findings to a city committee by next summer for further consideration.

Council voted unanimously Tuesday to have staff look into the matter.

Several council members expressed their approval of the cameras, especially in school zones.

“I think we’ve all received lots of complaints from concerned parents about requesting greater number of police looking to catch people speeding in school zones, and this is a way of achieving that,” said Coun. Jim Neill.

The photo radar program was introduced into the Highway Traffic Act through the Safer Schools Act, and can be implemented specifically in municipally-designated school zones and community safety zones where the speed limit is less than 80 km/h, according to the staff report from council.

“It is intended to be used in conjunction with other road safety strategies, such as police enforcement, road calming measures, and education campaigns,” said the report by Sheila Kidd, the city’s commissioner of transportation and public works.

Photo radar, which was last used in Ontario during the former Mike Harris conservative government in the 1990s, is similar to the incoming program to install cameras to fine drivers who breeze through red lights at certain intersections.

2:09
Kingston could get red-light cameras; City Council to decide in November

Kingston could get red-light cameras; City Council to decide in November – Sep 30, 2019

If a vehicle exceeds the posted speed limit in a school or community safety zone, a photograph of the vehicle’s licence plate is captured for review and processing. Once a charge is verified, a ticket is mailed to the registered owner of the vehicle, who can pay the fine or contest the ticket through the city’s local provincial offences court, according to staff.

Coun. Lisa Osanic expressed some concern about the possibility of education for drivers where the speed cameras would be installed, especially those going just a few kilometres over the speed limit.

City staff said that if the cameras are implemented, public education will precede, including 90 days of signage warning drivers that the cameras will be installed.

Unlike red light cameras, which are fixed to certain intersection poles, photo radar cameras could be mobile or rotated to different zones based on a mandatory 90-day advisory period that includes signage and public communication to warn drivers in advance.

Photo radar has already been in operation in more than half a dozen Ontario municipalities for one year including Toronto, Ottawa, Hamilton, and Peel, York and Durham Regions.

Just recently, Ottawa Mayor Jim Watson tweeted out stats for his city’s newly implemented photo radar program. According to Watson, four cameras brought in more than 90,000 charges, for a total of $4.6 million in fines between July 2020 and May 2021.

Last July @ottawacity launched the Automated Speed Enforcement (ASE) pilot program, which aims to reduce speeding and enhance safety in community safety zones near schools. So far, the pilot has resulted in over 90K charges ($4.6M) between July 2020 & May 2021.

Despite the program’s success elsewhere, it remains unclear whether Kingston intends to join the list.

The staff research is scheduled to be completed within months of the next municipal election, and councillors could decide to hand off the final decision to the newly-elected council in late 2022.

The estimated cost to install and maintain a photo radar camera is $35,000 per year, plus extra operational costs to process tickets and expanding court capacity.

“We’re going to formally identify the school and community safety zones, we haven’t done that, that identification is going to be a critical piece of information,” he said.

“The formal designation of these zones introduces higher penalties for speeding which can also be enforced by police,” according to Kidd’s report.

While the local photo radar assessment is underway, the city will proceed with installing red light cameras at seven intersections starting in January to catch drivers who drive through red lights.

The cameras will be fixed to as-yet unidentified intersections for three years with an option for the city to renew the program for another two years.